Carmakers struggled to sell during the lockdown; Maruti, Hyundai and Mahindra still on top overall. 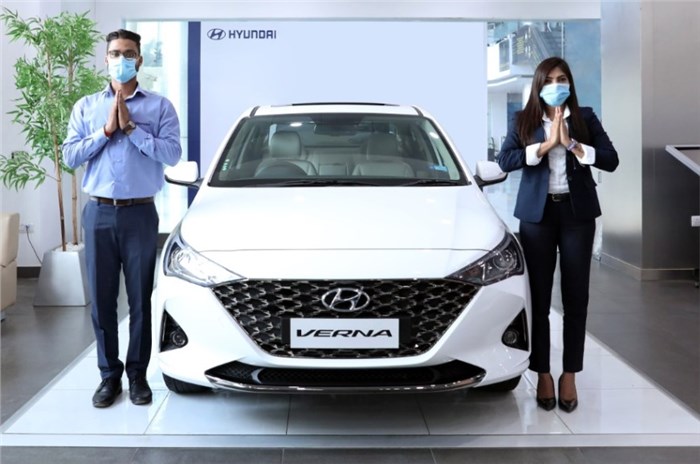 The Indian automotive industry has been engaged in a two-pronged fight – one against Covid-19 pandemic and lockdown, and the other against poor customer sentiment during these troubled times.

Carmakers in India have been facing the worst of an unprecedented scenario with vehicle sales for the last two months badly down. While the month of April saw domestic vehicle sales plummet to zero, the sales number for May – the automotive industry witnessed a partial opening of manufacturing and sales – show that the road to recovery is a long battle. Compared to May 2019, overall sales are down by nearly 85 percent. Here’s how each individual carmaker did in May 2020:

Maruti Suzuki had resumed manufacturing operations at its Manesar facility on May 12 and Gurgaon plant on May 18. The country’s largest carmaker reported selling 13,865 units in the domestic market, which is a drop of 88.54 percent YoY (May 2019: 1,21,018 units). On the export front, the carmaker shipped 4,651 units.

Hyundai Motor India, the second biggest carmaker in the country by sales volumes, reportedly dispatched 6,883 units in the domestic market, a drop of 83.8 percent (May 2019: 42,502 units). The company resumed operations at its two plants in Chennai, Tamil Nadu on May 8 and presently has over 850 showrooms and 1,000 workshops operational. In terms of exports, the Korean company managed to ship around 5,700 units in the month.

One of India’s leading SUV makers, Mahindra, too witnessed a similar scenario, with sales of 3,867 units in the month; a decline of 81 percent (May 2019: 20,608 units). Commenting on the performance, performance, Veejay Nakra, CEO, Automotive Division, Mahindra & Mahindra said, “Our performance during May has been muted, due to the challenges the industry is facing. We have opened 70 percent of our dealerships and retail sales have begun. We are seeing initial traction for our small commercial vehicles and SUV brands such as the Bolero and Scorpio. As new lockdown norms are being announced we are hopeful of demand gaining traction in the coming months.”

Toyota Kirloskar Motor reported sales of 1,639 units in the domestic market – a significant drop of 99.98 percent (May 2019: 12,138 units) year-on-year. It was a very short May for the Japanese carmaker given that production had only resumed on May 26. Commenting on the sales last month, Naveen Soni, senior vice-president, Sales & Service, Toyota Kirloskar Motor said, “We are thankful to the government as well as to our supplier and dealer partners who have enabled us to resume production last month. We are conscious of the dealer business conditions in various parts of the country and we have been prioritising production at our end as per dealer requirements, both in terms of quantity as well as the grades that they require. The market has been slow and with demand being less, we have been able to wholesale only 20 percent of what we would have clocked under a normal situation. However, retail sales (sale from dealer to customer) have been much higher when compared to wholesales (TKM sales to dealers), thereby helping us reduce the month closing inventory levels at dealerships. We have also seen a significant surge in customer orders and enquiries online, through digital platforms.”

One of the newest entrants in the country, MG Motor India, reported sales of 710 units, despite disruption in its supply chain. The company says it resumed production at its Halol manufacturing plant with approximately 30 percent capacity utilisation, and has 65 percent of its showrooms and service stations operational with reduced manpower.

With the easing of the lockdown in several parts of the country, and opening up of manufacturing and retail, India Auto Inc will look to come out with innovative marketing and sales methods to woo Indian consumers in order to drive sales. Consumers can expect the best of schemes and offers to incentivise them to buy their new car. Keep watching this space for more updates. 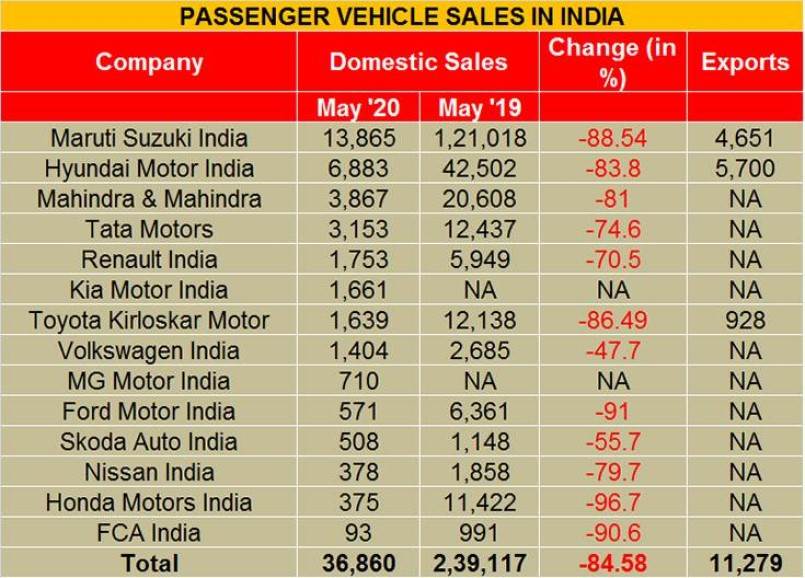