Of the total 13,888 cars sold in the domestic market, 23 were supplied to other carmakers; exports stand at 4,651 units. 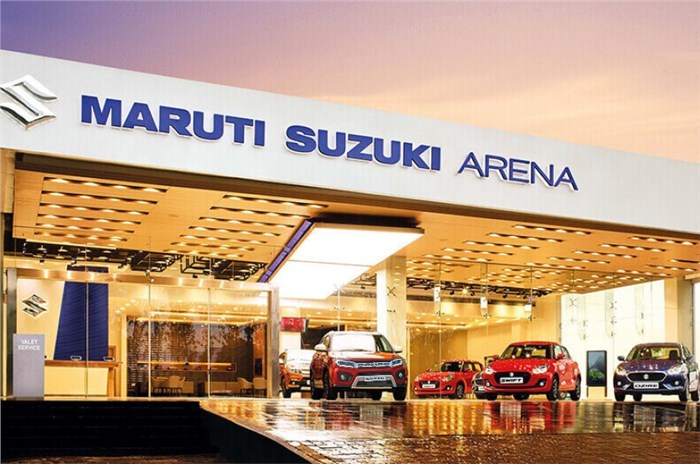 Maruti Suzuki announced that it recorded sales of 13,888 units in the domestic market in May 2020 as the company gradually resumed production and sales in the country. The carmaker reported overall sales of 18,539 units in the month, including 4,651 units for export markets and 23 units to other OEMs. While it bettered April 2020’s sales figures of zero units (all carmakers posted this number due to the nationwide lockdown), the carmaker recorded passenger vehicle sales of 78,344 units in the domestic market – inclusive of sales to other OEMs – in March 2020.

Maruti Suzuki India resumed manufacturing operations from May 12 at its Manesar plant and from May 18 at the Gurgaon plant, in accordance with the government regulations and guidelines. Production also resumed at Suzuki Motor Gujarat (SMG) from May 25. SMG manufactures cars on a contract basis for Maruti Suzuki.

Maruti Suzuki India says its showrooms opened in accordance with Centre and State guidelines in a graded manner across different cities. The remaining showrooms would open in due course if they are not in containment zones or if not specifically restricted by any local guidelines.

The carmaker is currently gearing to reintroduce its premium offering, the S-cross in a BS6-compliant petrol-only avatar. The carmaker recently also announced that it was to start supplying the Vitara Brezza to Toyota under the Toyota-Suzuki alliance. The Toyota-badged model is expected to be launched in August this year with the SUV likely to be called the Urban Cruiser.

No requirement for big discounts on cars for now: Maruti Suzuki chairman