Maruti Suzuki sales are down 35.52 percent, Hyundai by 10.28 percent; Suzuki Motorcycle India the only two-wheeler maker to post positive growth. 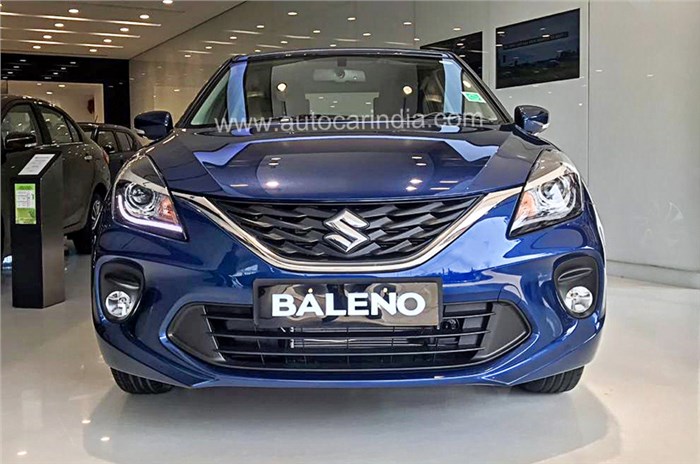 With nine straight months of declining sales, it is no surprise that sales in July 2019 across vehicle segments – passenger vehicles and two-wheelers – are not worth writing home about. Instead, they point to an urgent need for a growth stimulus – ideally a GST rate cut from the existing 28 percent to 18 percent – to revive sales. Else, the Indian automobile industry, which not too long ago was chugging along to No. 4 on the global charts, will fall behind in on an international scheme of things.

Despite ample discounts on offer for a fair number of models and a gaggle of new SUVs, passenger vehicle buyers are still not loosening their wallets that much. The government's tilt towards EVs in the form of plentiful sops and incentives as well as the short run-up to BS6 norms (now barely eight months away) has made potential buyers hesitant.

Market leader Maruti Suzuki, which has been recording monthly sales declines since March 2019, saw sales fall below the 1 lakh mark after a very long time. At 96,478 units, the company’s July 2019 sales/despatches in the domestic market are 36.3 percent down on sales a year ago (July 2018: 1,52,427). The hit on the company’s sales is so bad that all sub-segments are down in double digits. Add the 1,796 units of the rebadged Baleno that Maruti Suzuki sells to Toyota Kirloskar Motor as the Glanza and the overall domestic market total rises to 98,274 units, which translates into a decline of 35.52 percent for July 2019.

No. 2 player Hyundai Motor India reported despatches of 39,010 units, down 10.28 percent compared to July 2018’s 43,481 units. The Korean carmaker, which is seeing surging demand for its recently launched Venue compact SUV, is also feeling the pressure of the continued downturn. The company has announced that it had received over 50,000 bookings for the Venue, two months after its launch on May 21, 2019. The company also says it has delivered 18,000 units of the SUV. The Venue drove into the top 5 bestselling SUVs and MPVs chart in May (in fourth place) and again in June, when it came tantalisingly close to going past the No. 1 UV, the Maruti Suzuki Vitara Brezza.

Mahindra sold a total of 16,831 vehicles in July 2019, down 14.91 percent (July 2019: 19,781). Commenting on the performance, Veejay Ram Nakra, chief of sales and marketing, Automotive Division, M&M, said, “The headwinds faced by the automotive industry continue as a result of subdued consumer sentiment, triggered by various factors. The industry needs stimuli to help revive consumer demand and conversions. We hope that the overall buying sentiment will improve in the run-up to the festive season and with the monsoon turning out to be better than initially anticipated.”

Tata Motors reported sale of 10,485 units in July 2019 which, when compared to SIAM's July 2018 sales data of 19,410 units, marks a 46 percent year-on-year decline in sales. According to a company statement, "In July 2019 despite the challenging market condition, passenger vehicles retail sales was marginally better than wholesale figures, resulting in a slight reduction in the dealer stock. We worked on increasing our retail sales by increasing our footprints. In April-July 2019, we added 48 new sales points across country, which includes 30, added in July 2019. Dealer network has added over 2,600 sales executives in our quest to increase sales."

Toyota Kirloskar Motor sold a total of 10,423 units in the domestic market in July 2019, down 23.77 percent (July 2018: 13,677). Commenting on the sales performance, N Raja, Deputy Managing Director, Toyota Kirloskar Motor, said, “The industry is deeply concerned with the increasing pressure of low customer sentiment faced by the sector. The high insurance costs, rise in taxes and liquidity crunch across the non-banking finance segment, tightening of lending norms have significantly affected the domestic sales in the last few months. We are trying to lend maximum support to our dealers through the hard times faced by the industry by maintain a lean inventory."

“However, despite the existing slowdown, we are happy to note that our products in the IMV segment – Innova and Fortuner – continue to hold their segment leadership. The Innova Crysta’s market share in May-June 2019 was 45 percent compared to 43 percent a year ago. We hope that the upcoming festive season brings in a breather for the industry with spur in customer sentiments. Also, we expect the government will step in to take necessary steps for improving liquidity in the market by capital infusion in the banks. The Industry also expects the GST level to be rationalised to a lower level (28 percent to 18 percent) to accommodate the downturn in sales,” added Raja.

Honda Cars India registered monthly sales of 10,250 units in July 2019, which is a decline of 48.67 percent compared to July 2018’s 19,970 units. However, it is to be noted that July 2019 results are on a lower base than July 2018 – the new second-generation Amaze sedan was in its third month of launch and had clocked its highest sales in a month.

Commenting on the overall auto industry performance,  Rajesh Goel, senior vice-president and director, Sales and Marketing, Honda Cars India, said, “The de-growth in the automobile industry further intensified last month amidst weak buying sentiment and overall slowdown. We are also witnessing a lot of postponement of purchases. It is extremely worrisome since the July 2019 decline is more severe than the Q1 decline and that too when the industry had de-grown in July last year as well."

Suzuki shines but other two-wheeler manufacturers do not

Like the passenger vehicle market, the two-wheeler segment (the most affordable form of motorised mobility) has not been spared either.

Hero MotoCorp, the world’s largest two-wheeler manufacturer and the market leader in India, sold 5,35,810 motorcycles and scooters in July 2019. The sluggish market environment prevalent in the first quarter has continued in the beginning of the second quarter and its impact is visible in despatch volumes. The outlook for the rest of the year will depend on multiple factors, including the progress of monsoon and festive season offtake, as well as improvement in the liquidity situation.

Honda Motorcycle & Scooter India, the No. 2 two-wheeler player in the Indian market, closed July 2019 with sales of 4,55,000 units, which constitutes a year-on-year decline of 10.53 percent (July 2018: 508,589). The company, which currently has a 26.80 percent share of the two-wheeler market, is making efforts to revive sales in the current market  it is accelerating its sales drive in semi-urban and rural markets. Last month, HMSI tied up with Cholamandalam Investment & Finance Co for offering retail finance. What will help is Cholamandalam’s strong nationwide presence with over 1,000 branches, most of them rural and semi-urban areas, and a base of a million consumers.

Suzuki Motorcycle India is one of the very few OEMs reporting growth in a time of downturn. It clocked 17.5 percent growth with sale of 62,636 units in July 2019 (July 2018: 53,321). Commenting on the performance, Devashish Handa, vice-president, Suzuki Motorcycle India, said, “July was an exciting month at Suzuki Motorcycle India as we launched new products and variants in both motorcycle and scooter category, further strengthening our product offerings for Indian consumers. We are steering ahead with full throttle to add more customers to the Suzuki family.”

July saw Suzuki launch the new Suzuki Gixxer and the MotoGP edition of the new Gixxer SF. On the scooter front, it introduced the Access 125 Special Edition, aiming to accelerate sales of the popular premium scooter.

Midsized motorcycle manufacturer Royal Enfield has reported sale of 49,182 units, down a sizeable 26.6 percent over the 67,001 units sold in July 2018.