Despite the upgraded engine, the diesel Civic’s price has only increased by Rs 20,000 for the VX and has stayed the same for ZX, when compared to the respective BS4 variants 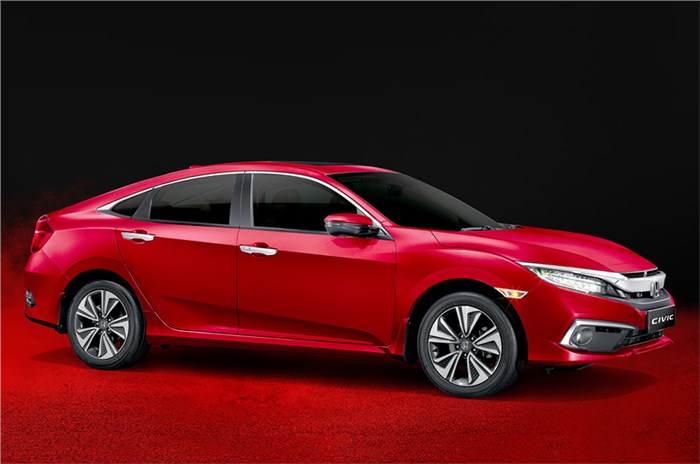 The Honda Civic has been launched with a BS6-compliant diesel engine option. The BS6 Civic diesel is available in two trim levels – VX (Rs 20.75 lakh) and the fully-loaded ZX (Rs 22.35 lakh). Other aspects of the Civic, like design and features, remain unchanged. Despite the upgraded engine, the diesel Civic’s price has only increased by Rs 20,000 for the VX and has remained unchanged for the ZX, when compared to the respective BS4 variants.

The Civic uses an upgraded, BS6-compliant version of the same 1.6-litre turbocharged diesel unit, but power and torque are unchanged from before, at 120hp and 300Nm, respectively. As before, a 6-speed manual gearbox is the sole transmission option for the Civic diesel. As is to be expected when switching from BS4 to BS6, the new Civic’s 23.9kpl ARAI claimed fuel economy figure is 2.9kpl lower than the than its BS4 counterpart (26.8kpl). It is worth mentioning that the petrol engine has been BS6 compliant since launch.

In terms of competitors, the Civic currently only rivals the Hyundai Elantra, which also has a diesel engine option. The Skoda Octavia and Toyota Corolla Altis are no longer available in our market.