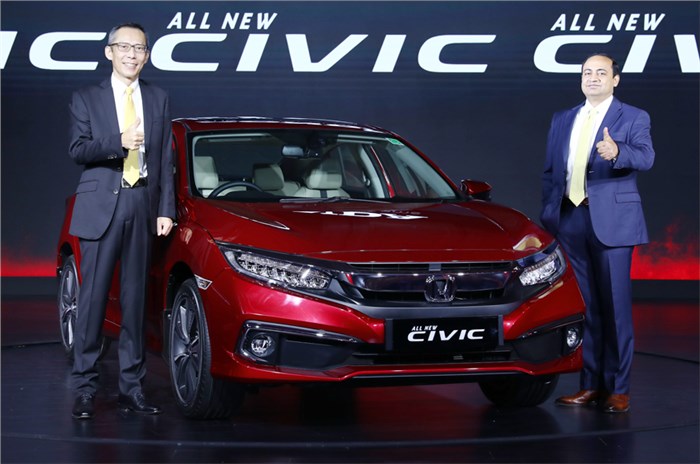 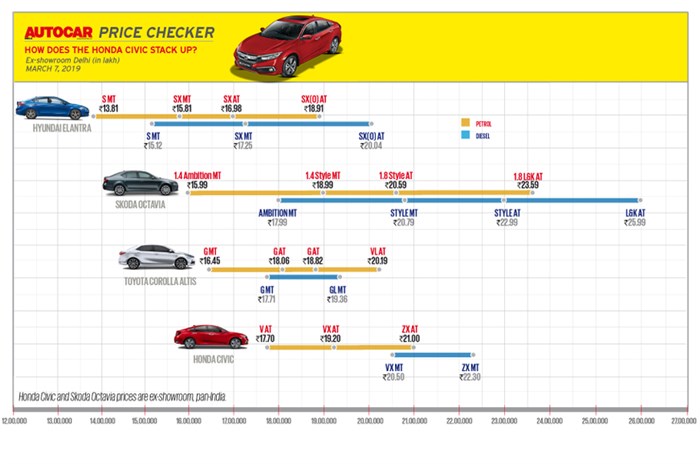 Honda has launched the all-new Civic in India at Rs 17.70 lakh. Now in its 10th generation, the much-anticipated Civic makes its return to our market after a hiatus of seven years. The executive sedan comes in five variants with two engine and gearbox options.

The new Honda Civic is powered by a 1.8-litre naturally aspirated petrol engine that produces 141hp and 174Nm of torque. The engine comes mated to a 7-step CVT gearbox only and returns an ARAI-rated 16.5kpl. The diesel Civic gets a 1.6-litre turbocharged unit that puts out 120hp and 300Nm of torque while returning a class-leading 26.8kpl (ARAI). Unlike the petrol engine, the diesel is available with only a 6-speed manual gearbox.

The new Honda Civic may be larger in dimension compared to the eighth-gen model that was sold here, but is around the same size as its rivals. It does, however, have the largest wheels and thickest tyres in its segment.

At this price point, Honda has managed to price the Civic competitively, and it goes up against established rivals like the Skoda Octavia, the Hyundai Elantra and the Toyota Corolla Altis.