We compare the ARAI-certified fuel efficiency figures on the Honda Civic against rivals such as the Skoda Octavia, Hyundai Elantra, and the Toyota Corolla Altis. 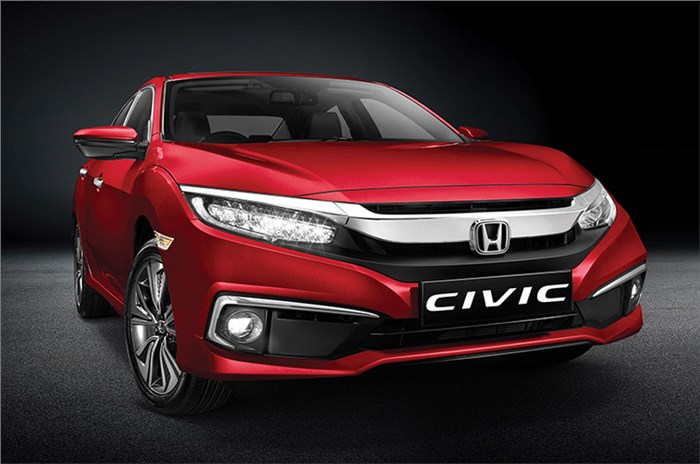 Anticipation for the new Honda Civic has been high since Honda announced plans to bring back the executive sedan to the Indian market. It has finally launched at a price of Rs 17.70 lakh (ex-showroom, pan-India). At this price point, it competes with the Skoda Octavia, Hyundai Elantra and Toyota Corolla Altis. The new Civic will come equipped with either a 141hp 1.8-litre, petrol engine, which will be mated to a 7-step CVT transmission, or a 120hp, 1.6-litre diesel unit, which is mated to a 6-speed manual transmission.

Let’s see how the Honda Civic does against its rivals in terms of fuel efficiency.

When we compare the Honda Civic to its petrol-automatic rivals, the Octavia (180hp, 250Nm) and Elantra (152hp, 192Nm) are more powerful, but are not as efficient, with the Octavia returning 15.1kpl and the Elantra returning 14.6kpl. The Corolla Altis’ output figures (140hp, 173Nm) are a near match to the Honda Civic’s, and it, unsurprisingly, has a near-identical efficiency figure of 16.7kpl (in automatic and manual guise). It is worth noting that the Octavia and the Elantra are also available with manual transmission, which return 16.7kpl (150hp, 1.4-litre turbo-petrol) and 14.59kpl, respectively.

The diesel Honda Civic’s fuel efficiency figure is a segment-leading 26.8kpl, which not only makes it more efficient than all its rivals by a significant margin, but also more efficient than the smaller, lighter Honda City diesel, which is rated at 25.6kpl. This will make the Civic diesel one of the most efficient cars in Honda’s India line-up, not too far behind the Amaze, which has an ARAI efficiency figure of 27.4kpl.

As for its diesel-manual rivals, the Octavia (143hp, 320Nm) and Elantra (128hp, 260Nm) once again outpower the Honda Civic diesel, but aren’t as fuel-efficient. The official figure for the Hyundai Elantra is 22.54kpl, and 21kpl for the Octavia. The Corolla Altis, meanwhile, returns 21.3kpl, and lags behind considerably on the power front, with just 88hp and 205Nm from its 1.4-litre diesel engine.

While the Honda Civic may not have outright numbers to match its rivals in terms of performance, its above par fuel-efficiency figures may lure buyers. The starting prices for the new Civic are above those of its rivals though the top-spec variants do undercut the Skoda Octavia. Hyundai Elantra prices are the lowest here while diesel versions of Toyota Corolla Altis are more cost competitive than their petrol counterparts.