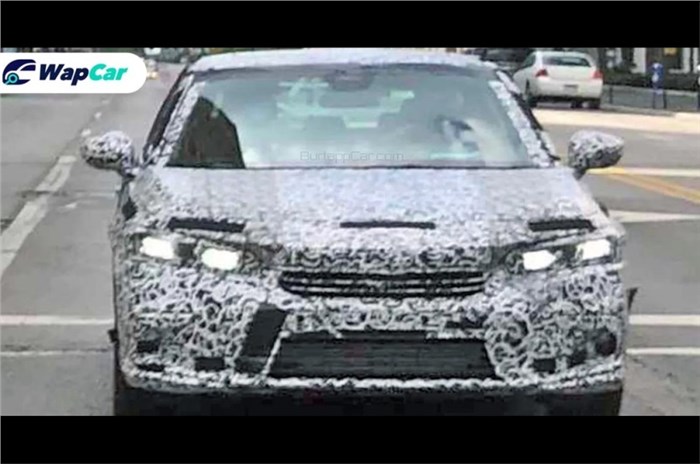 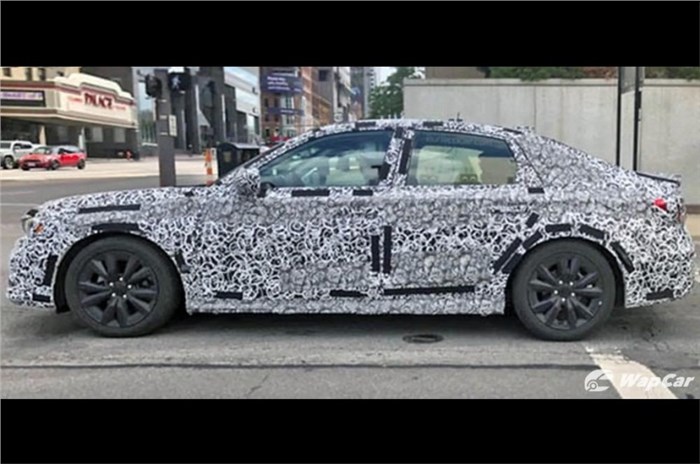 Spy pictures of a camouflaged test mule of the next-gen Honda Civic have surfaced online. The images reveal key details of the successor to the tenth-gen model that was revealed back in 2016 and given a facelift in 2018. So, what could the new Civic have in store? Here is a closer look.

Design changes to be evolutionary

The model sighted undergoing road tests is the four-door sedan version of the Civic. Up front, the prototype sports a redesigned pair of LED headlamps. The current model’s thick chrome bar on the nose seems to have been pushed up a bit and the central air dam looks a size bigger.

In profile, the eleventh-gen Civic retains its predecessor’s fastback-like body style with a swooping roofline seamlessly flowing into the boot section. The bonnet, however, looks longer and flatter.

We are yet to get a glimpse of the updated car’s rear section and interiors.

Details about the upcoming Civic’s underpinnings and powertrains remain scarce at this point. In India, the current model comes with a 141hp, 1.8-litre naturally aspirated petrol engine mated to a 7-step CVT automatic transmission. The 120hp, 1.6-litre diesel, which will soon be re-introduced in BS6 form, comes mated to a 6-speed manual as standard.

Globally, the Civic model range comes with a variety of gasoline engines, ranging from a 1.0-litre turbo and a 1.5-litre turbo to a 2.0-litre naturally aspirated unit. There is also the 1.6-litre diesel on offer. The souped-up Civic Type R boasts of a potent 320hp, 2.0-litre turbo-petrol mill mated to a 6-speed manual gearbox.

The eleventh-gen Civic is expected to make its public debut in 2021-2022. Honda’s India plans for the new model should become clearer closer to the launch.

The current model is available globally in multiple body styles including a four-door sedan, five-door hatchback and two-door coupe, of which only the first is offered in our market.

The Civic nameplate was introduced back in 1972. Only two iterations of the model have ever been on sale in India. The eighth generation was retailed here from 2006-2012 and the tenth-gen sedan was introduced in early 2019.