Kia has sold 97,745 units of Seltos and 3,614 units of Carnival so far; all-new Sonet SUV coming this September. 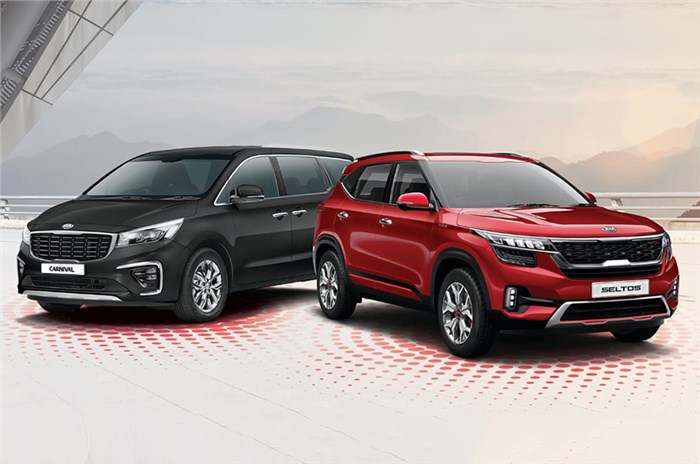 Kia Motors India has announced it has sold 1,00,000 cars in India. Kia achieved this sales milestone in 11 months, with its first model, the Seltos, having been launched in August 2019. The carmaker says this is the fastest any brand in India has ever done this. Kia had announced cumulative sales of 75,000 units in March 2020 – 7 months after the launch of the Seltos.

Commenting on the occasion, Kookhyun Shim, MD and CEO, Kia Motors India said, “2019 marked an important year for Kia as we introduced our first car for the Indian market with an aim to become a household name in the country. We are overwhelmed with the response and acceptance that Indian customers have shown towards us. Reaching the one lakh milestone with just two products, in a record 11-month time, is a testament to our commitment to India.”

What about the individual sales of the Kia Seltos and Carnival?

Moving to individual performances, the Seltos has bagged sales of 97,745 units, climbing quickly into the list of best-selling utility vehicles in the country from the month of its launch and remaining a regular on that list and the overall best-sellers. The SUV received an update in June 2020 with a few feature revisions, discontinuation of two variants and more connected car features being added to the UVO Connect system.

The Carnival arrived in India at the Auto Expo earlier this year and has recorded sales of 3,614 units till date. Positioned as a more premium alternative to the Innova Crysta, the MPV is available in a choice of seating configurations and is generously equipped.

What’s next from Kia?

Kia is now gearing to launch its third model for India, the all-new Sonet compact SUV. Kia has high hopes for its latest model which is set to make its global debut on August 7 and launch in India in September 2020.

The Sonet will be manufactured at the carmaker’s plant in Andhra Pradesh, which is set to be the sole global production hub for the compact SUV. Kia has invested heavily in its manufacturing facility, having spent around $1.1 billion (Rs 8, 231 crore approx) with a further investment of $54 million (Rs 404 crore approx) being announced in May 2020, which is expected to help ramp up production further.