Kia’s sales figures this month are a huge improvement on last month’s 1,661 units. 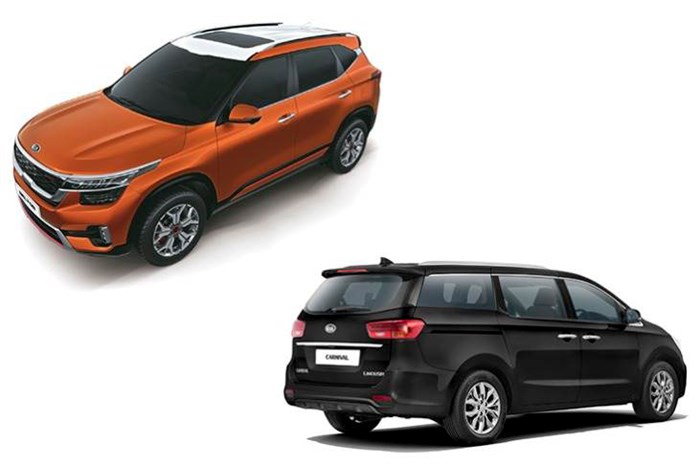 Kia Motors India has announced that it has sold 7,275 units - comprising 7,114 Seltos SUVs and 161 Carnival MPVs - in June 2020. This is a massive jump from last month, when they only sold a total of 1,661 vehicles. Compared to the truncated month of May, sales are up by 333.5 percent, month-on-month. This indicates a path of recovery in a challenging market and business environment.

On June 1, the Korean carmaker updated the Seltos. There are minor cosmetic differences on some variants, dual-tone colour options for the top-spec versions, more trims now also get a sunroof, and there’s more equipment across the range in general. Furthermore, based on market research and customer preference, the company decided to discontinue two Seltos variants – the 1.4T-GDI GTK and GTX 7DCT.

According to Kookhyun Shim, MD and CEO, Kia Motors India said “While the pandemic refuses to subside, the country is somehow trying to sustain and prepare itself to live with the COVID-19 effects. The past few months have been testing for the consumers as well as the industry. The COVID-19 and lockdown constraints limited our sales this month, but we are sure of delivering many more cars to our customers in July.”

Upcoming Sonet, a compact SUV with a big mission

Meanwhile, Kia Motors India is gearing up to launch the Sonet compact SUV in August-September. First shown in concept form at Auto Expo 2020, Kia’s third product for India will enter the highly competitive compact SUV segment. The model will share its underpinnings and mechanicals with its cousin from Hyundai, the Venue; but the two SUVs won’t look alike, both outside and in. Kia will also seek to differentiate its SUV with the option of a diesel-automatic option, as well as a longer feature set, which includes a segment-largest 10.25-inch touchscreen infotainment system, drive modes (similar to the ones on the Seltos) and a Bose sound system.

Kia Sonet launch on track for now despite lockdown delays