The Sonet will share its platform and engine options with its sibling – the Hyundai Venue; the compact SUV will make its world premiere around mid-2020. 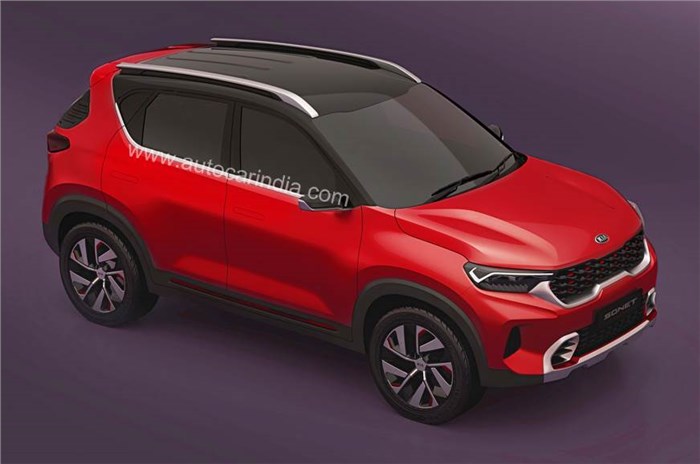 Kia has had a strong start in our market, with its initial two offerings – the Seltos, which was well-received, and the Carnival MPV that was recently launched at the Auto Expo 2020. Its third offering – the Kia Sonet compact SUV – was also showcased at the Expo, though in concept form. We can now confirm that the production-spec Sonet will make its world premiere in August 2020.

As the Sonet measures less than 4m in length, it complies with India’s ‘small car’ regulations, making it Kia’s smallest SUV yet. Although the model will share its platform and basic mechanicals with the Hyundai Venue, the Korean carmaker has gone to great lengths in order to differentiate the Sonet compact SUV from its cousin (Venue). Apart from the distinctive, and visibly more muscular design.

Under the hood, the Sonet will feature three engine options – a 1.2 petrol, a 1.0 turbo-petrol and a 1.5 diesel – which are the same units seen in the Hyundai Venue. Gearbox choices are also expected to be the same as the Venue, with the 1.2-petrol getting a 5-speed manual, the 1.0-litre turbo-petrol and 1.5-diesel getting a 6-speed manual and the former will also likely get a 7-speed DCT automatic gearbox. Though, the Kia Sonet is also expected to one-up the Venue with a diesel-automatic powertrain option.

Additionally, the Sonet will also receive more equipment such as the Kia Seltos’ 10.25-inch touchscreen infotainment system, and a large sunroof is also a possibility.

Kia is expected to position the Sonet on the higher side of the compact SUV segment, with prices expected to be in the Rs 7-12 lakh (ex-showroom) bracket. Its rivals will include the Tata Nexon, Maruti Vitara Brezza, the Hyundai Venue, Mahindra XUV300 and Ford EcoSport.