Kia is set to pull out all the stops with its upcoming Hyundai Venue and Maruti Suzuki Vitara Brezza fighter. We capture the gist of the upcoming compact SUV. 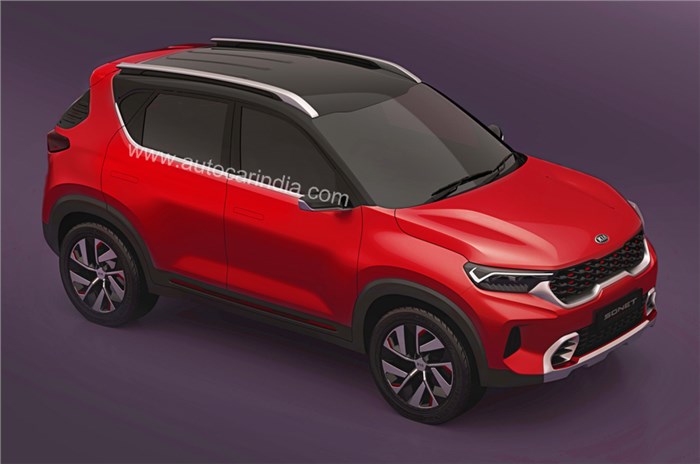 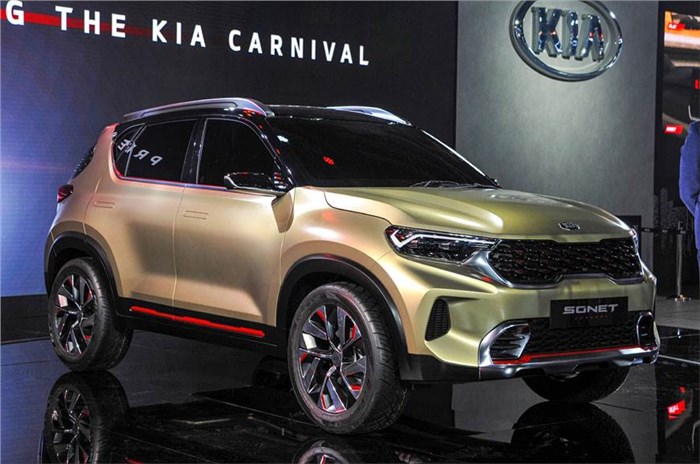 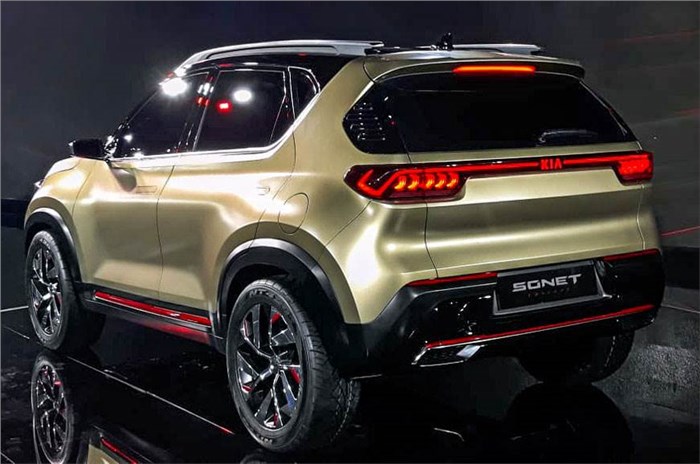 Kia made its India debut with the launch of the Seltos last year. Having experienced considerable success with its maiden product in the highly lucrative midsize SUV segment, the Korean automaker plans to build on momentum by entering the popular compact SUV segment with its third offering for the Indian market.

The upcoming model made its world premiere at the 2020 Auto Expo in close-to-production concept guise, called the Sonet, which gave more than just a glimpse of what Kia has in store. So, what are the first impressions of the Sonet and what to expect from the production-spec model when it is launched later this year? We break it down for you.

It gets a striking design

Owing to Hyundai and Kia falling under the umbrella of Hyundai Motor Company, there exists synergy between the two brands. This is evident from the fact that the Sonet shares its underpinnings with its cousin, the Hyundai Venue.

However, Kia has given its product bespoke styling inside out. The Sonet gets a bolder design that lends it a chunkier appearance, something which could find favour with the Indian masses. The sub-four metre offering gets the company’s signature ‘Tiger Nose’ grille up front, prominent headlamps with LED DRLs, body cladding, muscular cuts and creases all around and LED tail-lamps connected by a full-width light bar.

Most of all, Sonet’s design is 90 percent close to that of the production-spec model, with  only a few styling cues such as the flush-fitting door handles and large, 18-inch alloy wheels (expected to be toned down for mass production).

It boasts of segment-best equipment

The production-spec Sonet will continue with the precedent Kia has established with the Seltos and Carnival – a feature-rich offering. Consequently, it will be loaded to the gills with equipment and will sport segment-first features including ventilated front seats, a Bose sound system and a largest-in-class, 10.25-inch touchscreen infotainment system (borrowed from the Seltos). The Venue, for reference, gets an 8.0-inch touchscreen unit. Kia’s UVO connected-car tech will also be part of the package.

It’s being readied with a wide variety of powertrains

Though Kia’s market-spec compact SUV will borrow its BS6-compliant engines from the Venue, it will offer a greater range of transmission options. In addition to manual offerings, the 1.5-litre diesel will feature a 6-speed torque converter auto gearbox and the 1.2-litre petrol mill will get an iMT (intelligent manual transmission) with an auto rev-matching function to allow gear changes in the absence of a clutch pedal.

A sportier setup, in the form of a DCT-auto (dual-clutch automatic transmission) paired with a 1.0-litre turbo-petrol engine, will also be available. This should decidedly give the Sonet a step-up over the Hyundai, which only comes with an automatic offering with the turbo-petrol powertrain.

Having registered cumulative sales of 45,226 units in 2019 ever since its launch in August last year, the Seltos has been a runaway success for Kia. The company will be looking to emulate the performance with the market-ready iteration of the Sonet that will slot below the midsize SUV in the company’s India line-up. In an exclusive chat with Autocar India, Kia Motors president and CEO, Han-Woo Park, revealed expectations of at least 70,000 units of sales in its first full year in the market.

The sub-four metre offering will certainly have its work cut out, especially going up against established rivals. The Maruti Suzuki Vitara Brezza has been a regular feature among the country’s top-selling models each month and, ever since its debut in March 2016, it has managed to rack-up 5,08,673 units sales till end-December 2019 (monthly average: 11,058 units).

The Hyundai Venue too has been going strong, with a monthly average of 8,805 units last year. Other chief rivals will include the refreshed Tata Nexon, Ford EcoSport and Mahindra XUV300. Upcoming compact SUV rivals like the Renault HBC and Nissan EM2 are also slated for a 2020 debut.

Moreover, in order to maximise potential, Kia is also looking at exports of the production-spec Sonet to prospective markets around the world.

It’s coming to a Kia showroom near you, later this year

Kia Motors India has announced a timeline of introducing a new model every six months, and after the Seltos and the Carnival, the production-spec Sonet will form the third model in the carmaker’s line-up when it is launched around August this year. Laden with tech and available with a wide variety of powertrains, Kia’s compact SUV is expected to carry a sticker price of about Rs 7-11.5 lakh (estimated, ex-showroom).