To be available only with a petrol engine, the Renault HBC sub-four-metre SUV will likely be priced aggressively against the Maruti Vitara Brezza, Hyundai Venue and Tata Nexon. 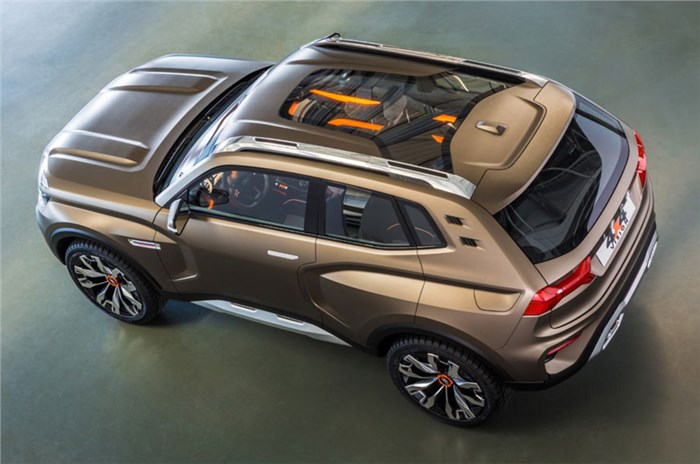 After a quiet couple of years in the Indian car market, Renault made a return to form with its superbly innovative compact 7-seater, the Triber, which won the 'MPV/Family Car of the Year' at the Autocar Awards 2020. Now, the carmaker is about to step into a fiercely contested segment; one that has continued to flourish even in challenging market conditions – the compact SUV segment.

As was first reported by our sister publication Autocar Professional, it is now official – the India launch of the Renault HBC compact SUV will take place in the second half of 2020.

Speaking at the commencement of the global exports of the Triber, Venkatram Mamillapalle, Country CEO and MD, Renault India Operations, said, “We want to work 360 degrees on the Triber. This will be our focus on the first six months of next year. Then, we will be launching a new, sub-four-metre SUV in 2020.”

To be built on Renault-Nissan’s CMF-A+ platform, the HBC compact SUV will borrow heavily from the Triber, but will also sport a unique, distinctive design and an upright, more SUV-like stance. On the inside, too, the HBC is expected to have plenty in common with the 7-seat Triber, and while it probably won’t have the innovative three-row layout and modularity of the Triber, the Renault HBC should be pretty spacious for its class.

As we’d reported earlier, the Renault HBC sub-four-metre SUV will be powered by an all-new, 1.0-litre, three-cylinder turbo-petrol engine codenamed ‘HR10’. Limitations with the CMF-A+ platform mean the Renault HBC can only accommodate a three-cylinder engine, but on the plus side, the compact engine bay means Renault can carve out even more interior space, something that’s at a premium in most sub-four-metre vehicles and a surplus of which will definitely be appreciated by compact SUV buyers.

Essentially a three-cylinder version of the 1.3-litre, four-cylinder ‘HR13’ turbo-petrol, the 1.0-litre engine is expected to produce close to 95hp, which will give it the power to take the fight to its established compact SUV rivals. Gearbox options are likely to include a 5-speed manual and an AMT.

The HBC is the first in the slew of new models Renault plans to introduce in India, and will also be the basis for Nissan’s upcoming compact SUV. More importantly, though, the Renault HBC will likely spice things up in the compact SUV segment with its aggressive price tag.

While diesels currently account for a big chunk of sales in the compact SUV space, next year could witness buyer preference shift to petrols in a big way, with the segment leader, the Maruti Suzuki Vitara Brezza, set to be a petrol-only model.

Maruti is optimistic about the petrol Brezza fully replacing the diesel volumes, and with petrol versions of the Tata Nexon and Hyundai Venue seeing strong demand, the Renault HBC’s arrival will further grow the petrol compact SUV space.

What are your expectations from Renault’s HBC compact SUV? Let us know in the comments.