The Maruti Suzuki Vitara Brezza-based Toyota is expected to sport a price between Rs 7.5 to 11.5 lakh; will get revised styling and redone interior. 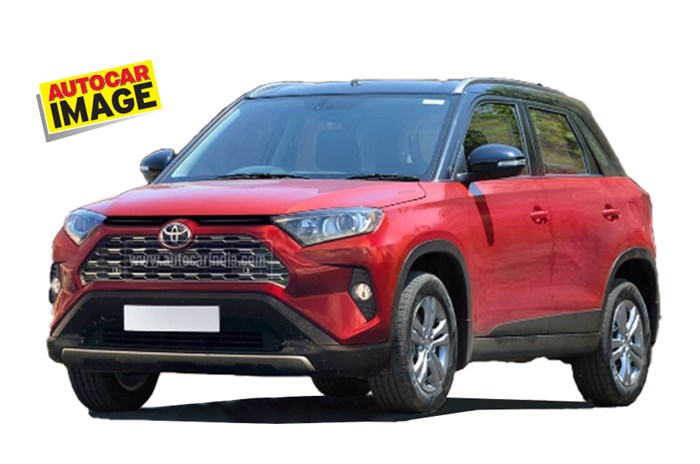 Toyota will launch its Maruti Suzuki Vitara Brezza-based Urban Cruiser sometime in late July or August, depending on how soon the coronavirus pandemic can be controlled. Although Toyota's first compact SUV for India is essentially a badge-engineered Vitara Brezza, there will be quite a few changes to help differentiate it from the Maruti. Whereas the Glanza - the first Maruti-based Toyota - is identical to the Baleno save for the badge, the Toyota Urban Cruiser will be altered in certain key areas. For example, it will get more of a Toyota identity up-front, with relatively inexpensive-to-change 'soft parts’, like the plastic bumpers and grille, seeing the majority of tweaks. Toyota will also make small changes to the rear of the Urban Cruiser, to help differentiate it from the Brezza. Parts like the headlights and tail-lights, which are more expensive to change, are likely to be only mildly altered, if at all. There will be no sheet-metal changes, with even alloy wheels carried over from Maruti Suzuki’s compact SUV.

Another important change Toyota will make is to the interior. The current Brezza's cabin is a mass of grey plastic and, in order to brighten up the insides and make it look a bit more upmarket, Toyota will use lighter colours and a few fresh ‘graphics’. Toyota's Urban Cruiser could also be the first of the compact SUVs to come with the hybrid tech on the manual version. Hybrid technology is integral to Toyota's global philosophy and is widely acknowledged as an important fuel saving measure. As a result, the manual version will almost certainly get an improved fuel economy rating from testing authority ARAI. Interestingly, the traditionally thirstier automatic version is rated higher on the Brezza - at 18.76kpl - thanks to the mild-hybrid. Meanwhile, the non-hybrid manual Vitara Brezza (normally a manual is more efficient than its automatic counterpart) is currently only rated at 17.03kpl.

Though both the automatic and manual Urban Cruiser will be mild-hybrids, there will be no ISG external badging - Toyota refers to the system as the Integrated Starter Generator.

Toyota's Urban Cruiser will be produced by Maruti on the same line as the Brezza. Overall prices of the Urban Cruiser will be similar to those of the Maruti Vitara Brezza, ranging from around Rs 7.5 to 11.5 lakh, but Toyota will lure customers by loading its top-of-the-line variants with more features and providing a longer, 3-year or more standard warranty pack.