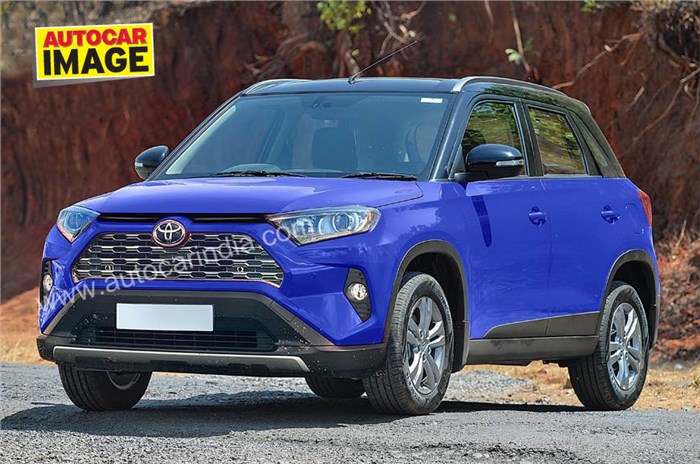 Toyota will launch its second Maruti Suzuki-based product in India in the coming months. Part of its technical and product sharing joint venture with Maruti, the new car will be based on the Vitara Brezza and is likely to be called ‘Urban Cruiser’.

The genesis of the name, we assume, lies in Toyota's Land Cruiser heritage. An intrinsic part of Toyota off-roader folklore, the LC - or Land Cruiser - name is so well respected it is often used as a prefix as on the Land Cruiser Prado. That's where the second part of the name 'Cruiser' comes from as it is meant to establish that this SUV comes from a long and distinguished line of Toyota off-roaders. The name is also meant to establish pedigree as there's a whole lot of capability that’s synonymous with the moniker.

Toyota's new Brezza-based model is tough in its own right. Underpinned by a platform that has been built and engineered to be sold in Europe - and pass crash test norms there - the Maruti Vitara Brezza has fared well in Global NCAP tests too, receiving a 4-star rating. While the latter isn't the last word on safety and is only a general indication, the results are a positive indicator. This compact SUV has a fair amount of ground clearance too, enough to make going over rough terrain easy.

However, the Toyota compact SUV won't come with real off-road abilities, which is where we guess the Urban part of the name comes in. The prefix has been utilised to indicate this is more of a city runabout than a hardcore off-roader. The double-barrel name actually works pretty well, once you get used to the sound of it - it rolls off the tongue pretty nicely. And it should work well in India too.

This, however, isn't the first time Toyota has named an SUV or a crossover 'Urban Cruiser'. The name has been used before for a crossover that was sold in Europe and Japan. Expect more details on the Toyota Urban Cruiser to be revealed in the coming days.