Here is everything you need to know about Toyota’s RAV4 SUV which is now in its fifth generation. 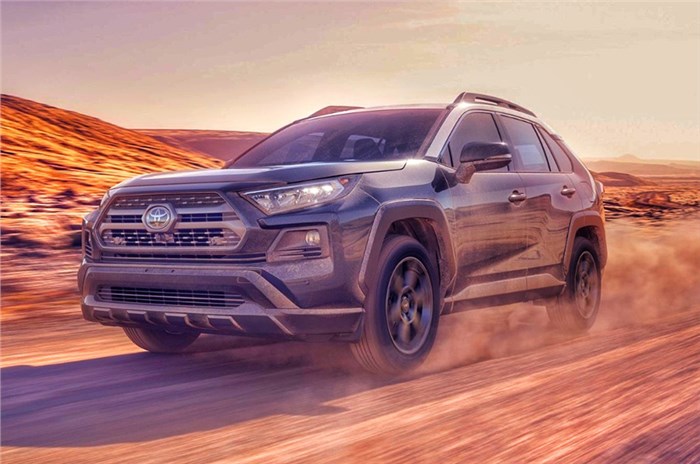 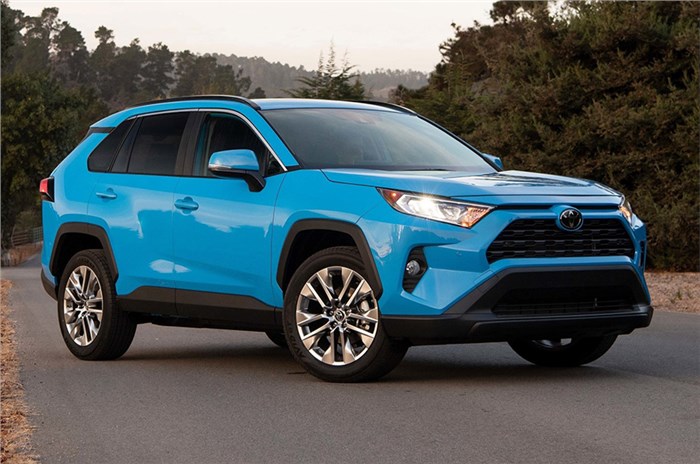 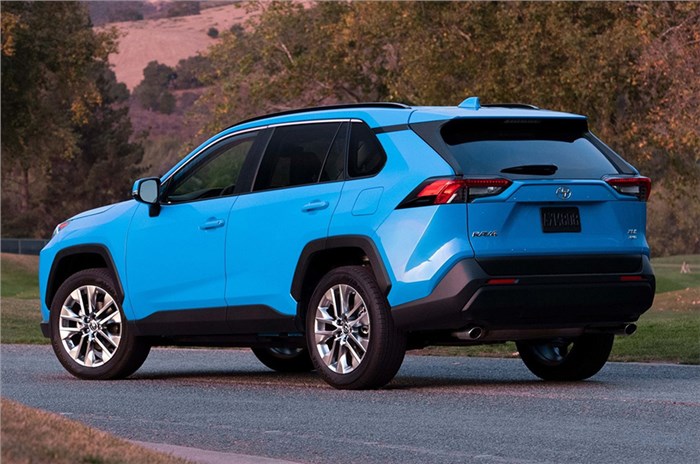 The Toyota RAV4 has been a popular choice for midsize SUV buyers globally. To better compete in its segment, the latest generation of the SUV brought with it a new platform, new and more memorable exterior styling, refreshed interiors and more.

We have put together a list of some of the key details you should know about the popular SUV, below. 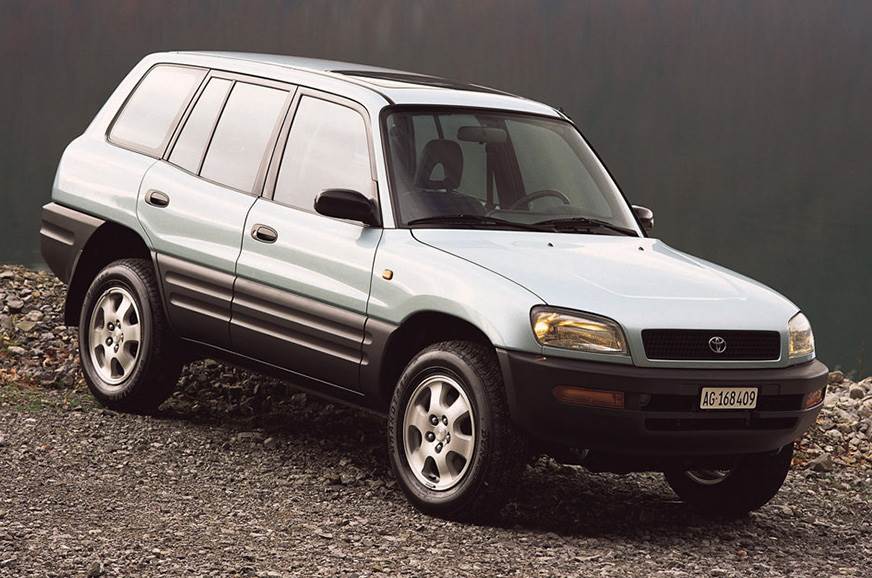 A quick look back at the history of the SUV shows us that the RAV4 has been around internationally since 1994. The first generation (1994-2000) came with rugged and utilitarian styling and was available in both, 3-door and 5-door form. The second generation (2000-2005) was also available in both form factors, though it had a more contemporary styling. The third generation (2005-2012) only came with a 5-door body style, had similar overall styling to the previous model (although updated in many areas) and was larger than its predecessors. The fourth generation (2012-2018) was noticeably different when compared to the iterations that came before it, as it adopted what was Toyota’s latest design language then. However, in doing so, it became very rounded and curvy, looking more like a crossover than an SUV. With this fifth generation, Toyota moved back to an overall boxier design. It is worth noting that Toyota has sold over 10 million unit of the RAV4 globally since the SUV was first introduced in the market.

The RAV4 is now in its fifth generation and one of the biggest changes it received was the move to Toyota’s new modular TNGA-K (Toyota New Global Architecture) platform. Compared to the carmaker’s older platforms, the TNGA is lighter, stronger and due to its modular nature, it is used in a variety of Toyota’s models (like the new Camry), making it more cost effective. 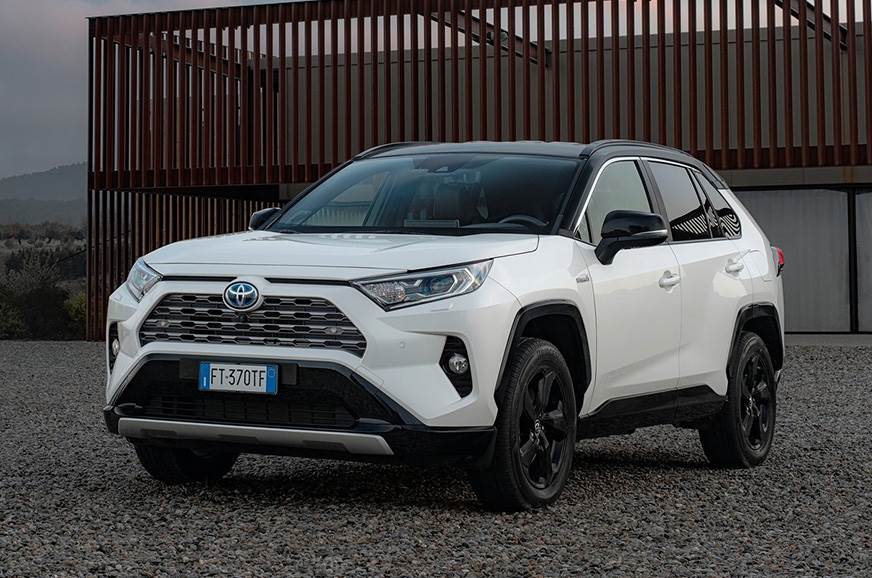 This is another area where the new RAV4 differs quite drastically from the previous model. Gone are the relatively bland and round exteriors of the old RAV4, as the fifth-gen model features much more squared-off, sharper looking exteriors. The upright front end with a new grill and headlight design, the flared and boxy wheel arches, angular tailgate with sleek, integrated wraparound tail-lights, all help the RAV4 look more rugged and SUV-like. The interior too has been redesigned with a modern layout. The dashboard is dominated by an 8.0-inch freestanding touchscreen infotainment system, with AC vents and temperature controls positioned lower down. There is also a part-digital instrument cluster available on higher variants. 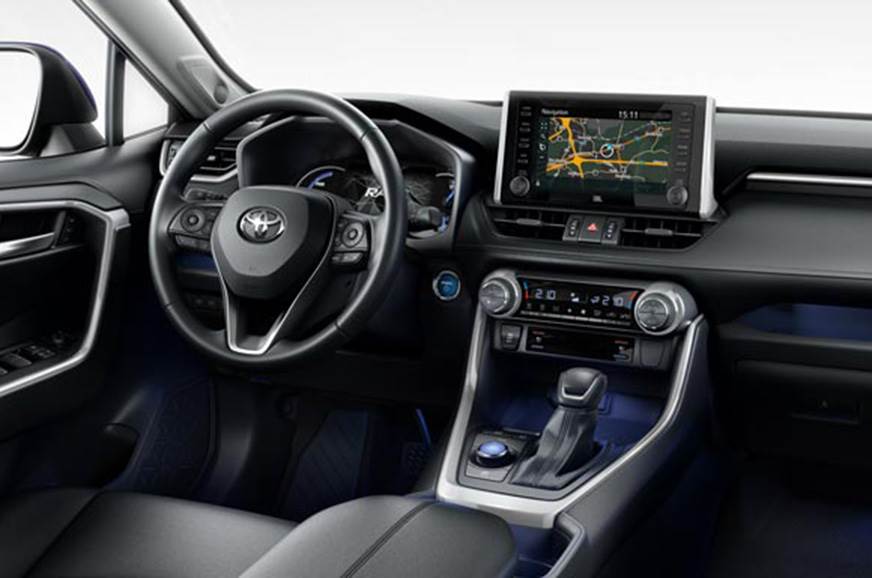 In terms of its size, the new RAV4 is not drastically different to the previous-gen model. That being said, the fifth-gen SUV is 4,600mm in length, 1,855mm in width, 1,685mm in height and has a wheelbase of 2,690mm, making its overall length slightly less but height, width, wheelbase marginally more than the fourth-gen model. To put this in context, one of its main rivals abroad – the Honda CR-V, which is available in India – is 8mm smaller in length (4,592mm), is slightly shorter in height (1,679mm) and has a marginally shorter wheelbase (2,660mm), with the width being identical. The India-spec Skoda Kodiaq (another model that rivals the RAV4 internationally), is 97mm longer (4,697mm), 27mm wider (1,882mm), 20mm shorter in height (1,665) and has a wheelbase that is 101mm less (2,791mm) when compared to the Toyota RAV4.

Currently, Toyota only offers the RAV4 with either a petrol or petrol-hybrid engine option in the international market, with the diesel engine having been dropped for this generation of the SUV. The petrol engines on offer include a 2.0-litre, four-cylinder unit that produces 173hp and 203Nm of torque (available in Australia), a 2.5-litre, four-cylinder unit which is good for 207hp and 243Nm of torque (available in Australian and US). Lastly, there is the 2.5-litre, petrol-hybrid engine, which is available in most markets the RAV4 is offered in and is rated for 218hp/221Nm in FWD form, while in AWD form it produces 222hp/ 221Nm. A Plug-in Hybrid (PHEV) variant – dubbed the RAV4 Prime – will also join the mix in select markets, and it will use a tuned version of the hybrid powertrain and put out 302hp combined. Toyota also estimates that the Prime will be able to do 0 to 100kph in around 5.8 sec. 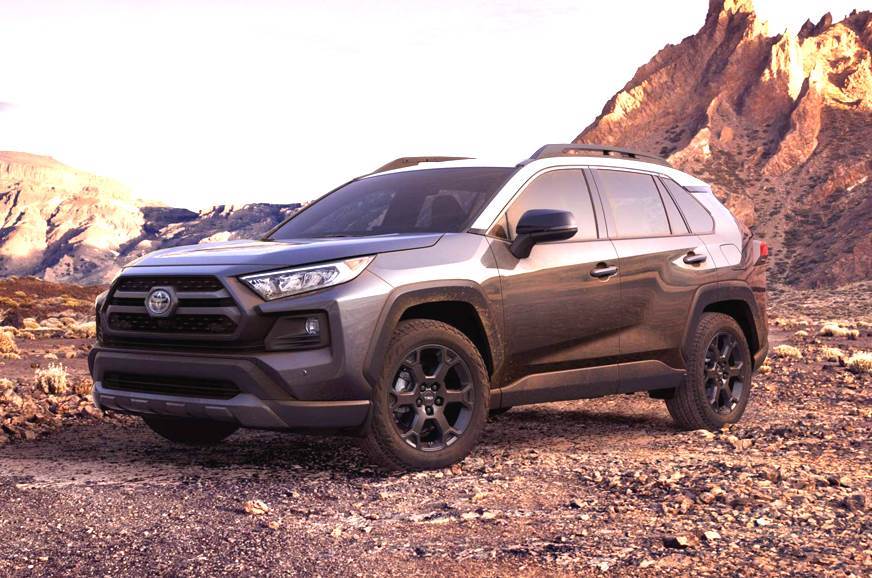 Toyota has already come out with a more off-road focused version dubbed – TRD Off-Road. This version is only available in select markets with the standard 207hp, 2.5-litre petrol engine with an 8-speed automatic gearbox and AWD layout. The TRD Off-Road also gets new black and red interiors, specially tuned suspension, 18-inch alloy wheels and off-road tyres.

Suzuki's version of the RAV4 incoming

Toyota and Suzuki entered an alliance that saw both companies acquire financial stake in each other to help with product development and growth. Due to this alliance, Toyota will be producing Suzuki-badged versions of the RAV4 Hybrid for sale in European markets. This partnership also applies to Maruti Suzuki and Toyota in India, as the two brands will share various models; like the already launched Toyota Glanza which is a re-badged iteration of the Maruti-Suzuki Baleno.

Keeping its size, engines and package in mind, The Toyota RAV4 competes with the likes of the Honda CR-V, Skoda Kodiaq, Volkswagen Tiguan, Jeep Compass, Nissan X-Trail and Citroen C5 Aircross. The CR-V is one of its closest rivals as its also offers a hybrid powertrain (internationally) and is very similar in terms of dimensions and features.

Toyota has made no statements regarding plans to get the RAV4 SUV to the Indian market. However, seeing as many of its aforementioned international competitors are already in our market, and with the Citroen C5 Aircross on its way, the RAV4 would make for a good addition to the carmaker’s Indian line-up.