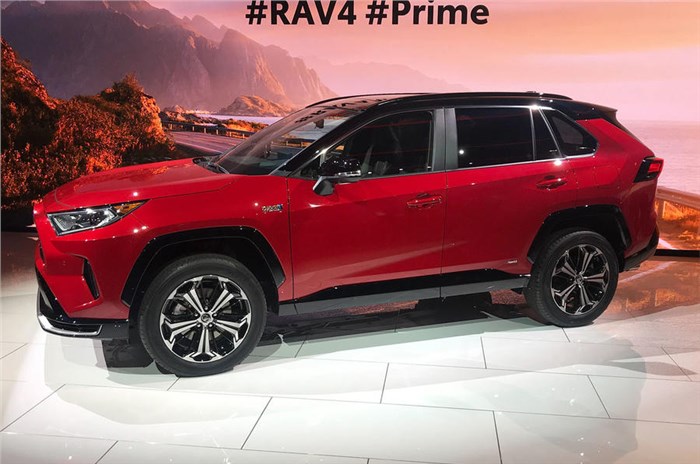 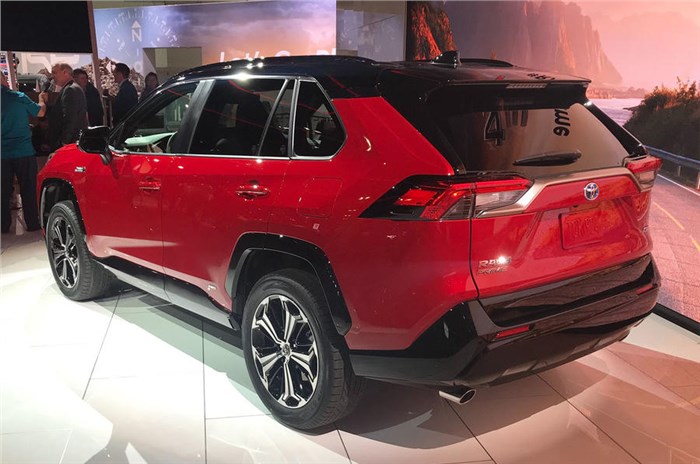 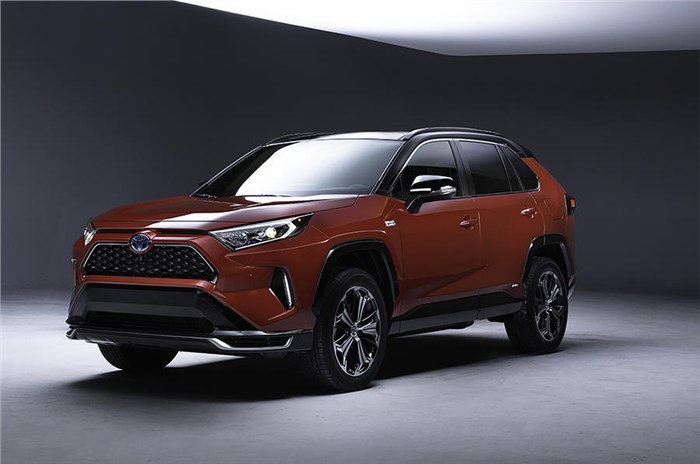 Toyota has unveiled the new RAV4 Prime Plug-in Hybrid at the 2019 Los Angeles auto show. The hybrid SUV features a 302hp powertrain capable of more than 59km of electric-only running.

The fifth-generation of the Japanese SUV was launched last year in the UK but was initially offered with just one powertrain option: a 2.5-litre petrol-electric hybrid producing 218hp in front-wheel-drive, and 222hp in all-wheel-drive models. Toyota says the new hybrid is the most powerful RAV4 – and the quickest alternatively fuelled Toyota – ever.

The new plug-in variant, which will be called the RAV4 Prime in North America, features all-wheel-drive as standard and uses the same 175hp, 2.5-litre petrol engine as the regular hybrid. That engine is mated to a larger battery and a more powerful electric motor, but Toyota is yet to specify details. The new battery is a high-capacity lithium-ion unit, with the powertrain featuring a boost converter on the hybrid’s power control unit.

Toyota says the system produces 302hp in total and can achieve 0-100kph in 6.2sec, and it enables the RAV4 Plug-in Hybrid deliver “best-in-class CO2 emissions and fuel economy”, although specific figures haven't been disclosed. However, it claims that ‘WLTP-standard data’ indicates CO2 emissions of less than 30g/km.

The RAV4 Plug-in Hybrid is due to go on sale early next year in international markets.

For India, Toyota is getting ready to launch its luxury people mover, the Vellfire, in early 2020. The company will also discontinue its entire Etios line-up, prior to the implementation of the BS6 emission norms in April 2020.