Rugged Toyota RAV4 Off-Road gets equipment that makes it more capable off the road and cosmetic changes inside and out to reflect the model’s more hardcore nature. 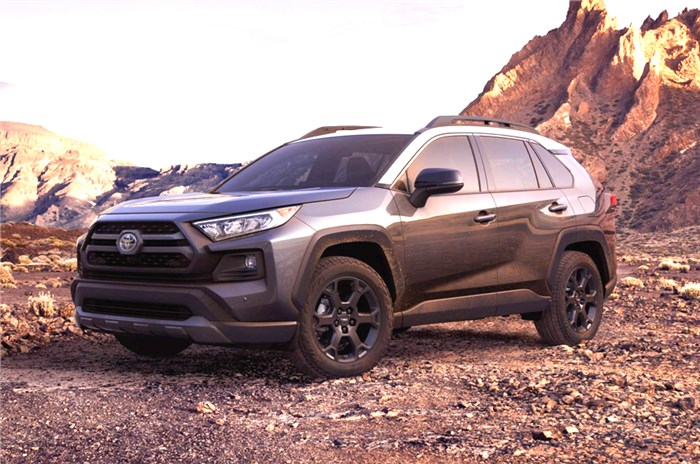 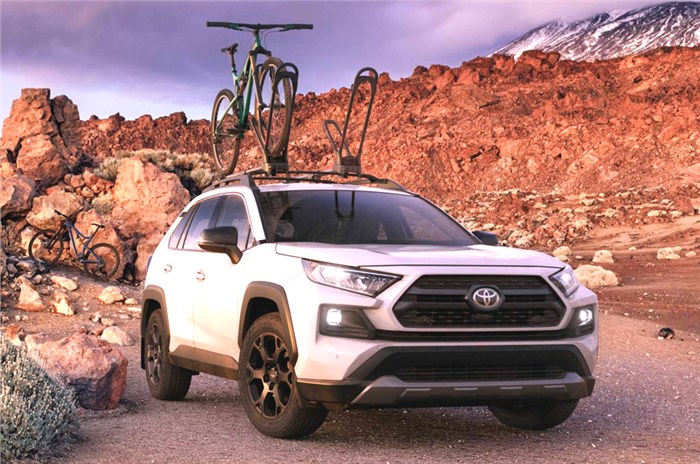 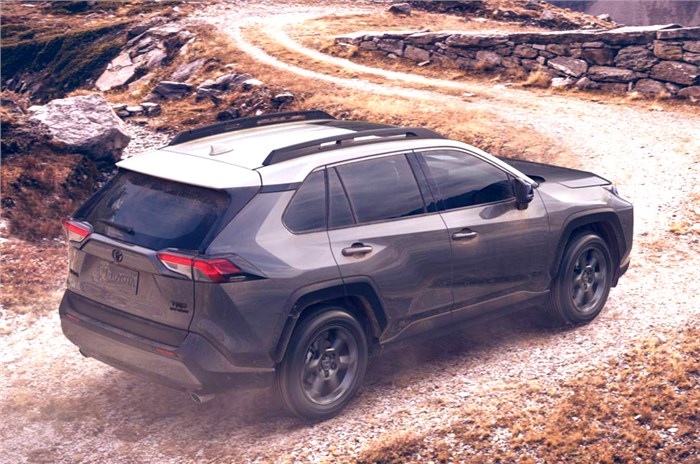 Toyota has taken the wraps off the rugged TRD-spec RAV4 SUV at the ongoing Chicago Auto Show 2019. The Toyota RAV4 TRD is based on the latest-gen SUV that made its debut at the New York Auto Show 2018.

The RAV4 TRD, also known as the Rav4 TRD Off-Road, comes with an off-road suspension that is inspired by the Rally RAV4 Race Team.  It also gets dynamic torque vectoring, AWD, special Wildpeak all-terrain tyres by Falken that are mounted on TRD 18-inch lightweight alloy wheels and an exclusive TRD interior package as well.

The Rav4 TRD comes with a 206hp, 2.5-litre petrol engine; the same unit found in the standard variant.  This engine is mated to an 8-speed automatic gearbox.

The model also gets Toyota’s Multi-Terrain Select system as standard, which can be used to tweak the SUVs performance depending on the road condition – Mud & Sand, Rock & Dirt, and Snow. The Toyota RAV4’s MID will show torque allocation and slip control data while in off-road mode. The RAV4 TRD Off-Road also comes with hill-start and descent assist and Trailer Sway Control (TSC).

Closer to home, Toyota is working on a new hatchback that will share its underpinnings with the Maruti Suzuki Baleno. Additionally, the brand will also bring in a new compact SUV based on the Vitara Brezza sometime in 2020-21.