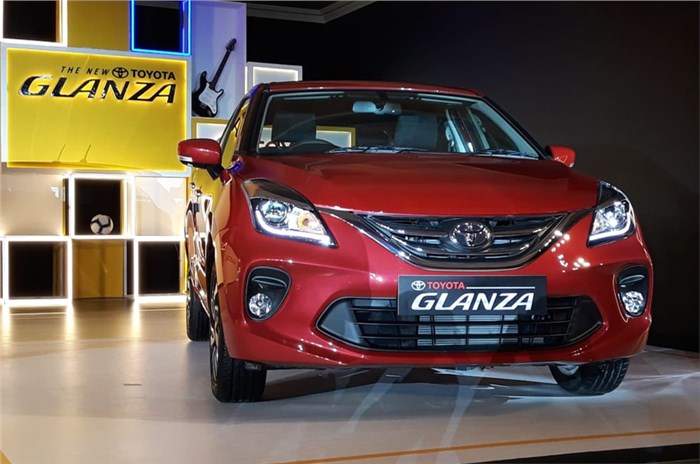 Toyota has finally launched the Glanza hatchback in India, with prices starting at Rs 7.22 lakh. Essentially a rebadged version of Maruti’s Baleno, the Glanza is available in two variants and three engine-gearbox options for buyers to choose from.

The Glanza is being offered in two variants - G and V, which are based on the Baleno’s Zeta and Alpha trims respectively. Like with the Baleno, the DualJet Smart Hybrid engine is only available with the lower ‘G’ manual variant, and not with the V, which only gets the K12B engine. Therefore, the Glanza can be had in four configurations - G MT Smart Hybrid (Rs 7.22 lakh), G CVT (Rs 8.30 lakh), V MT (Rs 7.58 lakh) and V CVT (Rs 8.90 lakh).

The Toyota Glanza comes with two BS6-compliant petrol engine options – the 1.2-litre, K12B making 83hp and 113Nm of torque, and the 1.2-litre, K12C DualJet engine with a mild-hybrid system that produces 90hp and 113Nm of torque. Gearbox options for the Glanza include a 5-speed manual as well as a CVT, with the latter only available with the K12B-engined variants. The Toyota Glanza K12B petrol-MT’s fuel efficiency is rated at 21.01kpl, the K12C Smart Hybrid’s at 23.87kpl and the CVT’s at 19.56kpl. These mileage figures are identical to that of the Maruti Suzuki Baleno.

The Glanza is the first product of the Toyota-Suzuki joint venture, which will also see Maruti Suzuki supplying the Vitara Brezza, the Ciaz and the Ertiga to Toyota. The two Japanese carmakers will also make a big push for hybrid electric vehicles in the country with Toyota supplying its hybrid systems to Suzuki. Additionally, they will cooperate to develop a new Toyota C-segment MPV that will be supplied to Suzuki as well.

A key differentiator for the Glanza is its best-in-class three-year/1, 00, 000km standard warranty. The Baleno, in comparison, comes with a standard two-year/40,000km warranty. As for the rivals, the Toyota Glanza competes with other premium hatchbacks in the country such as the Honda Jazz, the Hyundai i20 and the upcoming Tata Altroz. 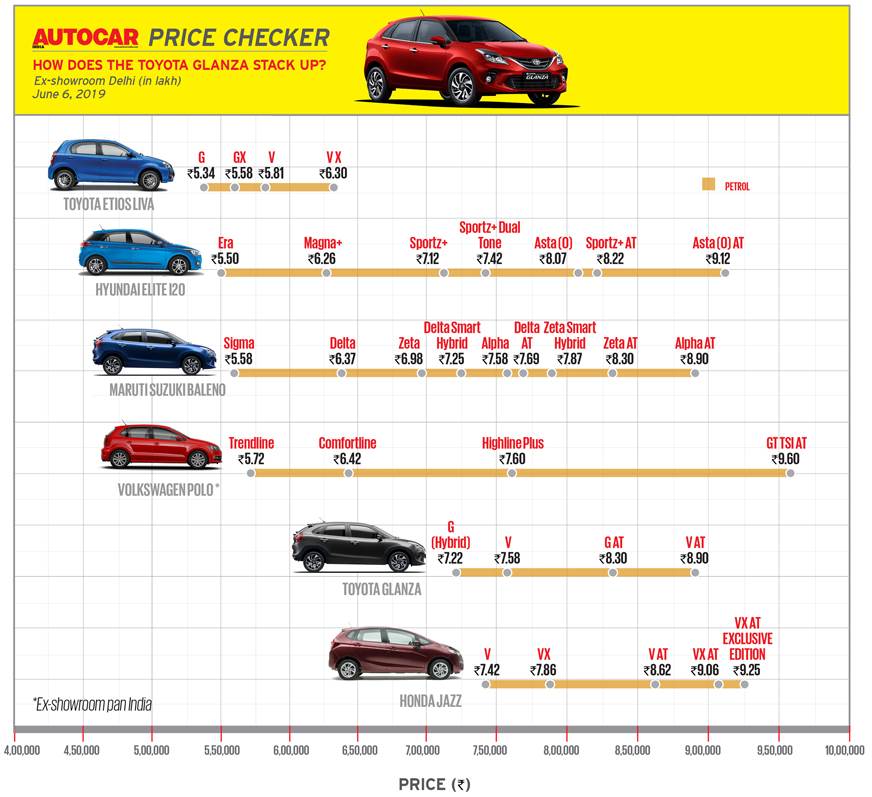 *All prices are introductory and ex-showroom, Delhi