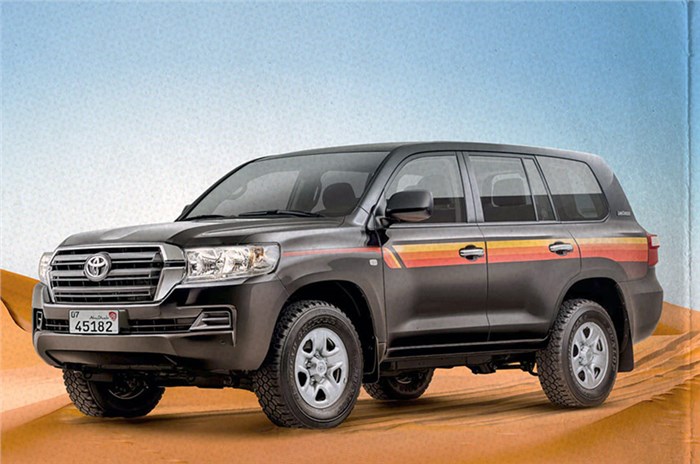 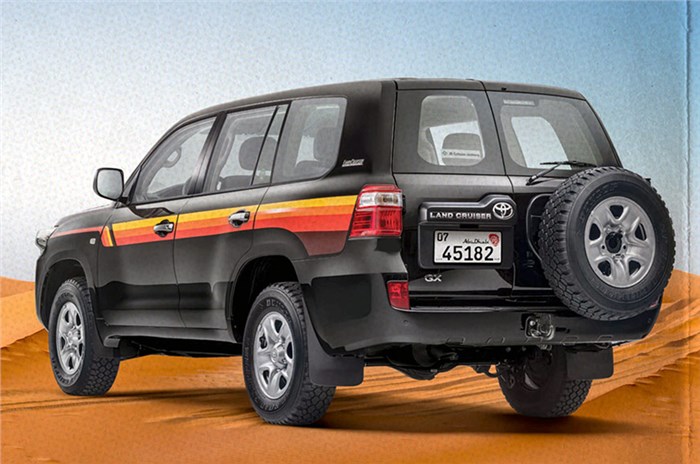 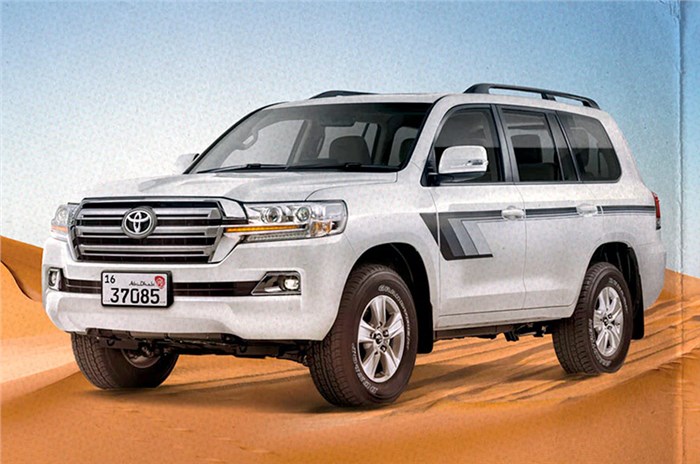 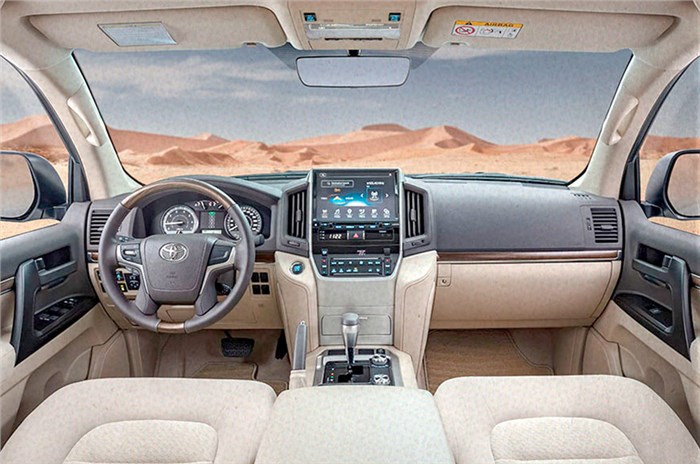 Starting with the cosmetics, the Heritage Edition models feature less chrome detailing on the exterior. The model wears different front bumpers to the standard Land Cruiser 200 along with featuring different wheels. Furthermore, there are a number of differentiators between the V6 and V8 models. The V6 lacks its more powerful sibling’s LED projector headlamps, alloy wheels (it gets steel units) and also misses out on the wing-like grille extensions. In a nod to its predecessors, the V6 model gets unique unequal barn-style doors too, with a tailgate-mounted spare. The V8 model also features roof rails,and sequential turn signals at the front. Both models feature unique body graphics as well.

There are differences inside the cabin too. The Land Cruiser 200 V6 variant features a staid cabin with grey fabric upholstery, single-zone climate control, an audio system with CD, USB, AUX and Bluetooth connectivity, and ‘heritage edition’badging. The gearknob also features a wood finish. The V8 variant, on the other hand, gets beige fabric upholstery with ‘Heritage Edition’ embroidered into the headrests. The equipment list is longer as well, and comprises tech such as a 10.0-inch touchscreen infotainment system, a powered driver seat, dual-zone climate control, a sunroof, a tyre pressure monitor, a reverse camera, crawl control and a uniqueon-board aircompressor in the boot.

The Heritage Edition will likely mark the end of the current Land Cruiser’s production run. An all-new model is expected to debut in coming months.

Coming to the Indian market, Toyota did sell the LC 200 and the Prado in India, though the carmaker has pulled the plug on both models here, thanks to BS6 norms. Although Lexus still sells the LC 200’s cousin, the LX 570 petrol in India.