2021 Jeep Compass gets a heavily reworked dashboard with a larger touchscreen. 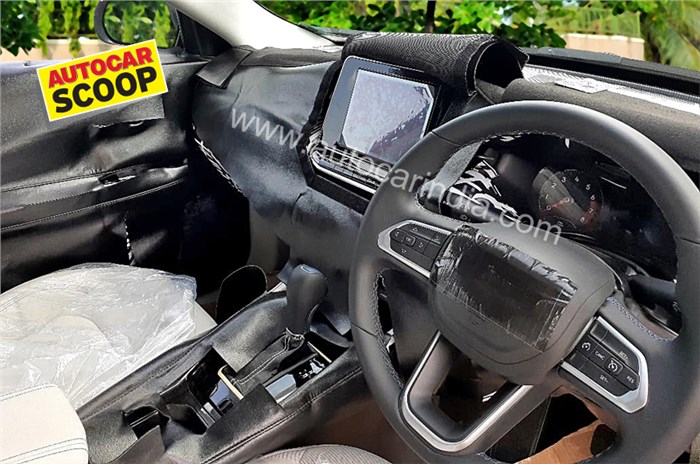 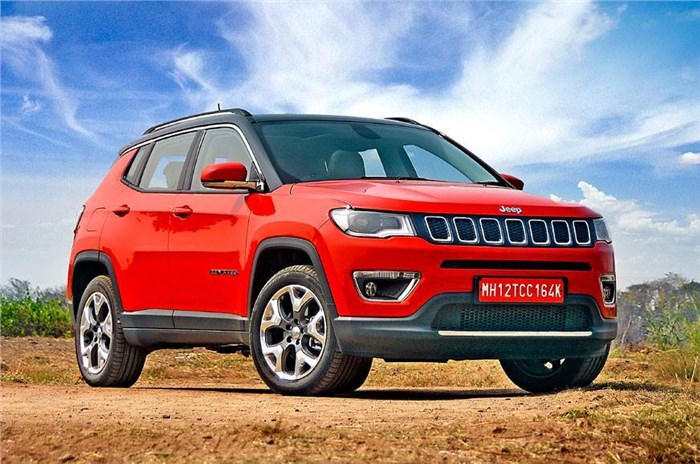 Refreshed Jeep Compass will get extensive styling tweaks to its exterior as well (Pre-facelift model shown).

Having been launched in 2017, the Jeep Compass is ready for its mid-life update. Prototypes of the 2021 Compass facelift have been seen testing all over the globe in places like Brazil, China and even here in India, for some time now. Now, however, we’ve got some fresh details on the refreshed Compass SUV, including the first-ever sighting of the heavily reworked interior.

The only spy picture of the right-hand drive 2021 Compass reveals quite a few changes, even though the interior is partially covered. First up, the centre console sees major revisions – namely an all-new and larger infotainment screen. The new Compass will feature FCA’s latest UConnect5 infotainment system, which could get a screen as large as 10.1 inches – up from 8.4 inches on today’s model. Apart from the larger screen, whose control switches are now gloss black and sit in a row below it, the SUV’s dashboard will also see repositioned climate control buttons, amongst other changes.  Additionally, the facelifted Compass will also come with an all-new steering wheel that could be seen on more future Jeep models, like the upcoming seven-seat ‘D-SUV’.  What's more, sources also tell us that higher variants will come with a full-digital instrument cluster (not seen on this prototype), a 360-degree camera and wireless charging and full LED lighting as well.

FCA’s latest UConnect infotainment system was unveiled at the 2019 Consumer Electronic Show. It gets multiple screen-size options, ranging from a 10.1-inch screen (likely the one seen in the spy photo) all the way up to a massive 12.3-inch portrait style setup.

As far as features go, this new system comes bundled with integrated Amazon Alexa support, wireless AppleCarPlay and Android Auto support, and can also receive over-the-air updates. The touchscreen infotainment system has become one of the key selling points for customers in the mid-size SUV segment. The current segment leaders, the Kia Seltos, MG Hector and the all-new Creta – all boast of touchscreens larger than 10 inches. With the new 10.1-inch UConnect 5 system, Jeep will aim to lure buyers towards the Compass facelift.

Apart from a major interior revamp, the refreshed Compass will get changes on the outside as well. Changes to the exterior are expected to include new front and rear bumpers, a more pronounced grille and reprofiled headlamps. At the back, the tail-lamps will see minor tweaks and there will be no changes seen to the tailgate design. Under the hood, though a new 1.3-litre turbo-petrol engine was shown internationally, the Compass in India will solider on with the recently updated, BS6-compliant engine line-up that includes a 1.4-litre turbo petrol and a 2.0-litre diesel engine, with both powerplants available with a choice of manual or automatic gearbox options. Expect the updated Jeep Compass to make its India debut in early 2021.