The SUV will come with FCA’s latest Uconnect 5 infotainment system with a larger touchscreen going up to 12.3 inches. 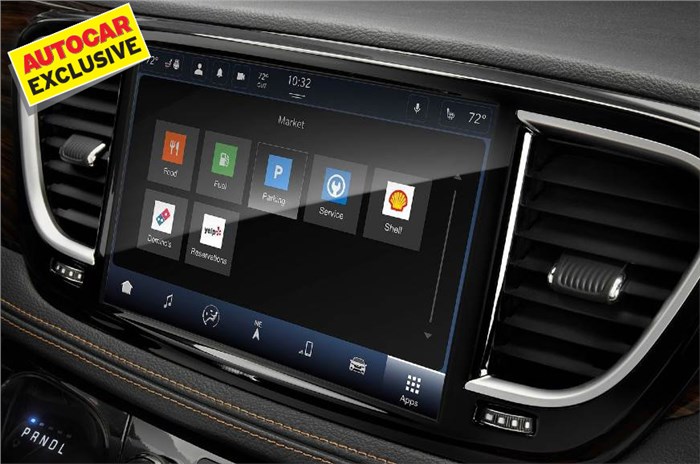 Jeep recently updated the Compass in India by giving the SUV BS6-compliant engines and an automatic gearbox option in the diesel version. All the prices for the updated Compass have also just been revealed - the BS6 Compass range now starts at Rs 16.49 lakh. However, cosmetically, the Compass has remained almost identical since its initial launch in India, in 2017.

The carmaker will soon give the Compass a mid-cycle facelift, complete with a tweaked interior and revised exterior design. Exterior changes aside, one of the biggest talking points of the Jeep Compass facelift will be its new, upgraded infotainment system, dubbed the UConnect 5.

FCA's latest UConnect infotainment system – which was unveiled at last year's Consumer Electronic Show with multiple screen-size options going up to a massive 12.3-inch portrait-style setup – was introduced in the Ram 1500 pickup truck sold in the North American Market.  This new system comes bundled with integrated Amazon Alexa support, wireless AppleCarPlay and Android Auto support, and can also receive over-the-air updates.  While there is no official confirmation about the screen size for the updated Compass, sources tell us that it may come with the 12.3-inch setup. This means that the updated Compass could even see a heavily reworked dashboard design in order to accommodate the larger screen.

The touchscreen infotainment system has become one of the key selling points for customers in the midsize SUV segment. The current segment leaders, the Kia Seltos, MG Hector and the all-new Creta – all boast of touchscreens larger than 10 inches. With the 12.3-inch (largest in segment) UConnect 5 system, Jeep will aim to lure buyers towards the Compass facelift.

In terms of engines, expect the Compass facelift to be powered by the same BS6-compliant 163hp, 1.4-litre turbo-petrol and 173hp, 2.0-litre turbo-diesel engines that power the current model. When launched in late-2020, the Jeep Compass facelift will continue to rival SUVs like the MG Hector, Kia Seltos, new Hyundai Creta, Volkswagen T-Roc and the upcoming Skoda Karoq.