In addition to working on a compact SUV, Jeep will also introduce two iconic models, which could include the next-gen Grand Cherokee. 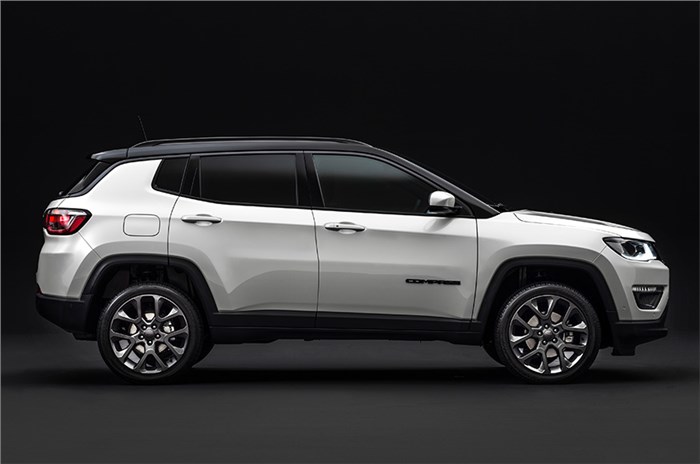 It has been a quiet few years for Fiat Chrysler Automobiles (FCA) in India. Having virtually pulled the plug on the Fiat brand in our market by discontinuing the Grande Punto and Linea, FCA India is now focusing on strengthening the Jeep marque. The Compass – which was launched in 2017 – has received a couple of important updates recently, and Jeep has now confirmed that the facelifted model will lead the company’s range expansion in India.

Speaking during the #LiveWithAutocar chat on Instagram, Partha Datta, president and managing director at Fiat Chrysler Automobiles India, confirmed the company is in the process of adding more models to its lean portfolio, and the Compass facelift will spearhead the slew of launches.

“We will be adding a new, three-row SUV to our line-up, and are also actively studying a sub-four-metre SUV. We will also launch two iconic products, and all this, in addition to bringing a new Compass”, said Datta, responding to a number of queries on the live chat about Jeep's future plans for India.

The Jeep Compass facelift – that’s due in India in early 2021 – is expected to get a number of design changes, including redesigned headlights, bumpers and grille. The big change, however, is expected to be on the inside, with the Compass set to get a heavily updated dashboard featuring a much larger touchscreen infotainment system. So far, the Compass has been somewhat light on features, compared to other SUVs, but Jeep is expected to address that with the facelifted model, and could also equip it with connected-car tech.

The larger, three-row SUV (known as the Jeep D-SUV) is based on the Compass’ platform, has a monocoque construction, and is expected to be as capable off-road as the Compass.  Set to be launched in 2021, the D-SUV is likely to lure buyers away from ladder-frame SUVs such as the Toyota Fortuner and Ford Endeavour.

One of the most important products for the Indian market, the sub-four-metre SUV Datta mentioned is internally known as the Jeep 526. It will feature a 4WD system that’s similar to the one on the Fiat Panda, it will have a more upright stance and will be a “true Jeep”, according to sources. It is, however, still some time away – the global unveil of the 526 is only expected sometime in 2022.

Also set to join the Jeep India range in 2021 are two products Datta described as “iconic”, and one of those could be the next-gen Grand Cherokee. Said to be based on the same platform as the Alfa Romeo SUVs, the next-gen Grand Cherokee is set to be bigger and more luxurious than the outgoing model and will get a range of powertrain options, including petrol, diesel and hybrid.

Responding to another viewer’s query, Datta mentioned FCA is ready with electrified vehicles abroad, and can potentially look at bringing them in under the 2,500-units rule for CBUs, if the infrastructure and demand justify it.

“We’ve got an electric Wrangler coming and we just unveiled the new Fiat 500 EV in Europe; so, we have the products, and we can bring them to India if the infrastructure is in place and there is sufficient demand,” said Datta.

Like every other carmaker, FCA India, too, is faced with a number of challenges posed by the COVID-19 pandemic, and Datta estimates the market will take some time to recover from this major setback.

“Once the lockdown lifts, there may be some demand in the market from those looking for private transport, but maybe only in the entry-level segments, and some may even put off their purchase for the time being. With a blend of this, I expect the market to recover to where it was in 2019, but only sometime next year,” Datta added.

Which of FCA's upcoming models are you most looking forward to? Let us know in the comments.