A good companion for great drives on bad roads. 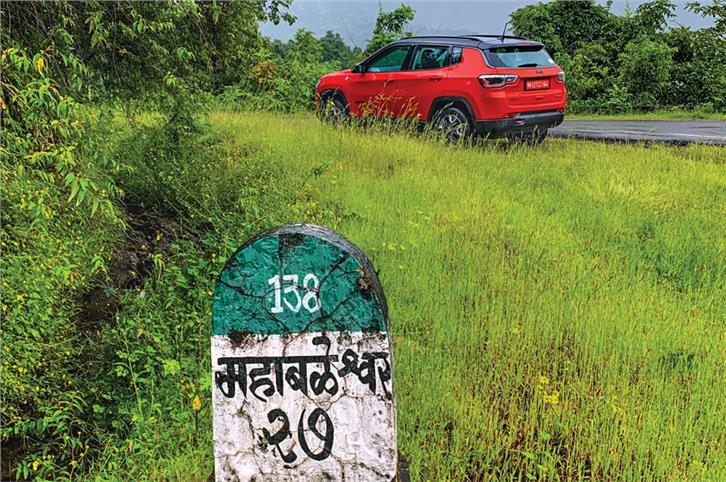 Mahabaleshwar just after the monsoons is simply heaven. Trouble is, the roads that take you there are simply hell, and, until early this year, they hadn’t been repaired. Last year’s prolonged monsoon relentlessly hammered the roads leading up to the hill station and the final 20km Panchgani-Mahabaleshwar stretch had potholes large enough to be seen from outer space. The road up from the western side, via Poladpur, is even in more of a shambles, but it’s shorter, prettier, and has very little traffic. But because of its pathetic conditions, and the long and winding 40km Ambenali Ghat, it’s a road less taken. For the average family, it’s a harrowing climb and not a fun way to kick off a long weekend break. Fun, however, is subjective. It’s fun when you have something that can flatten every bump, cushion you from every pothole, and stay stoically impervious to the surface beneath you. That’s exactly what our long-term Jeep Compass Trailhawk does, and that’s exactly why it’s been my car of choice for three consecutive Mahabaleshwar trips in two months. The route? For me, it’s always via Poladpur, because it’s 30km shorter from Mumbai, and on the picturesque Ambenali Ghat, I have the road (or whatever’s left of it) all to myself. 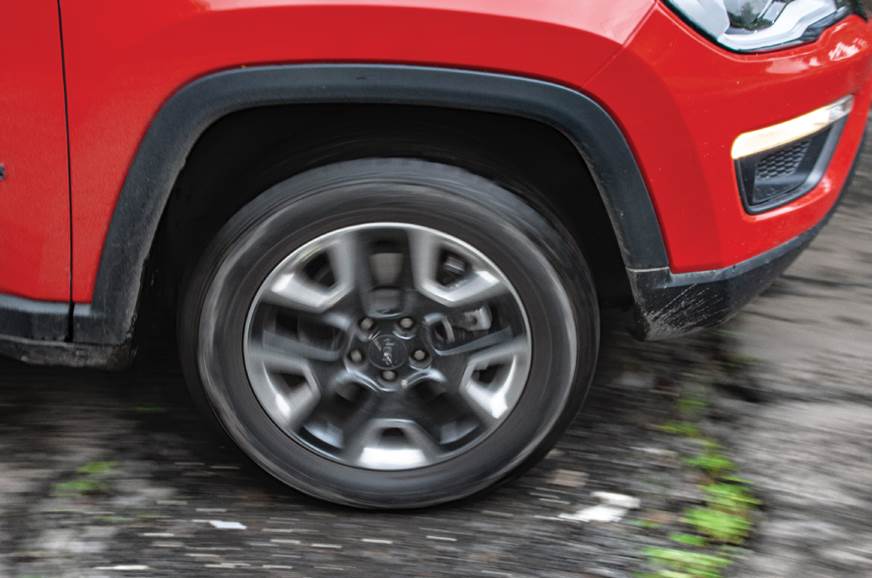 High Suspension: Beefy suspension is unaffected by the worst of roads.

Driving the Trailhawk in Mumbai, the suspension feels a touch stiff and lacks the suppleness of other soft-roaders, but show it a bad patch of road and the Jeep feels right at home. In fact, the more dire the road gets, the better the Compass feels. You don’t have to slow down for anything; the long travel suspension with beefy dampers soaks up everything thrown at it. 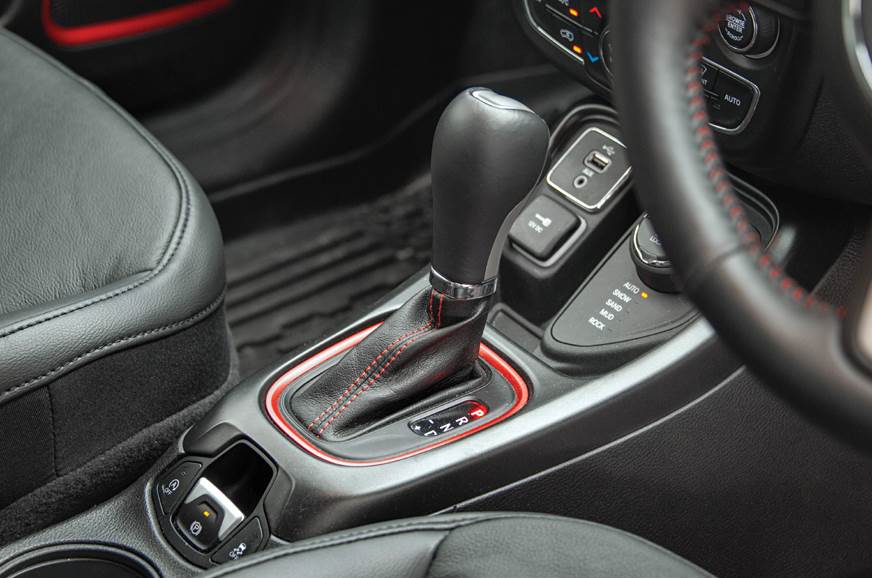 A side benefit of the Compass’s stop-for-nothing ability I discovered is that it makes overtaking on the narrow mountain road much easier. When the bus or truck in front of me is forced to slow down to tip-toe over a destroyed stretch of tarmac, that’s my cue to pull out from behind and accelerate past. No need to honk, no need to wait for the driver to pull over and give way – all I have to do is rely on the countless potholes which act as brakes for other vehicles. And that’s just as well because I also discover one of the flaws of the Compass Trailhawk – its sluggish 9-speed gearbox, which blunts performance and makes overtaking in normal circumstances a planned affair. Put your foot down and it takes some time for the transmission to react. Upshifts too are quite leisurely. In frustration, I take control and flick the lever left, to ‘plus minus’, manually (there are no paddleshifters), but even then, the upshifts, especially near the redline, aren’t instantaneous. I find it better to leave the lever in ‘D’ as the gearshifts are fastest in auto mode. 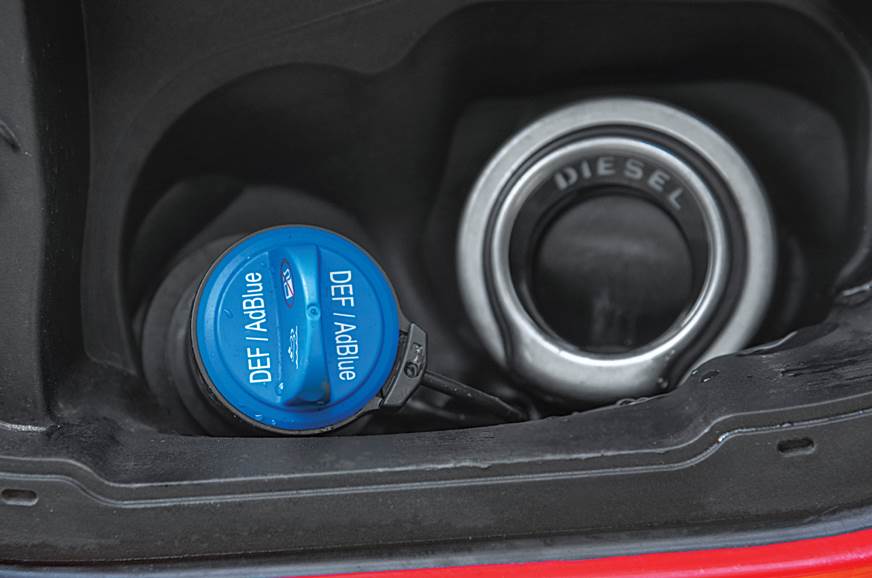 On the old Mumbai-Goa highway – which is a single lane for the most part – it’s best to avoid tightly timed overtaking manoeuvres and leave a margin for the gearbox to do its bit. This means waiting for a big enough gap in oncoming traffic, and while that does slow you down a bit, once you adjust to the gearbox’s lazy responses, you can build a nice relaxed rhythm. Cruising in 9th gear equates to 1,600rpm at 100kph and there’s enough torque to keep the momentum going. Fuel consumption on the Mumbai to Mahabaleshwar run, which involved a spirited blast on the ghats, equated to 8.58kpl which is a bit on the high side. Overall consumption for this stint which included three Mahabaleshwar round trips and lots of running in and around town was 9.8kpl. What was surprising though is the rate at which ‘AdBlue’ or Diesel Emission Fluid (DEF) was consumed. All BS6 diesels that come with Selective Catalytic Reduction (SCR) technology need DEF to neutralise emissions, and hence a tank to store it. AdBlue needs to be constantly replenished – every 10,000km or so – but on the Trailhawk, the DEF low warning light flashed after just 7,000km. It’s quite easy to get it topped up, but now knowing the short refill intervals, it’s safer to carry a can of the liquid in the car. 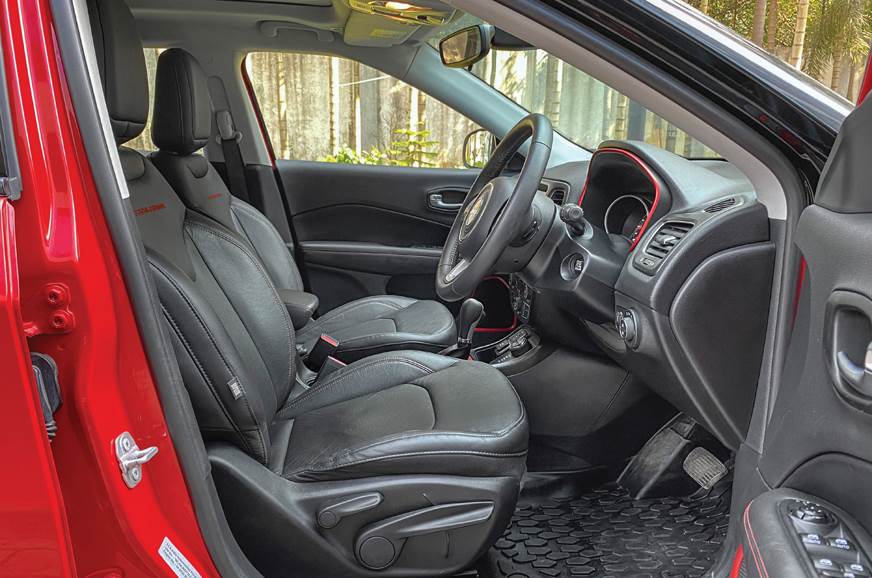 On A Perch: High seating position and good visibility a boon on bad roads.

With four-laning work on the old Mumbai-Goa highway still unfinished and countless diversions off-road as a result, and large stretches of the Ambenali Ghat in a permanent state of disrepair, the battle-ready Compass is a perfect companion for the next Mahabaleshwar sortie, which given the cool weather, will be very soon.