After Shul, Vazirani starts work on Ekonk, an all-electric supercar

Called the Ekonk, the supercar makes 722hp and tips the scales at a very light 738kg. 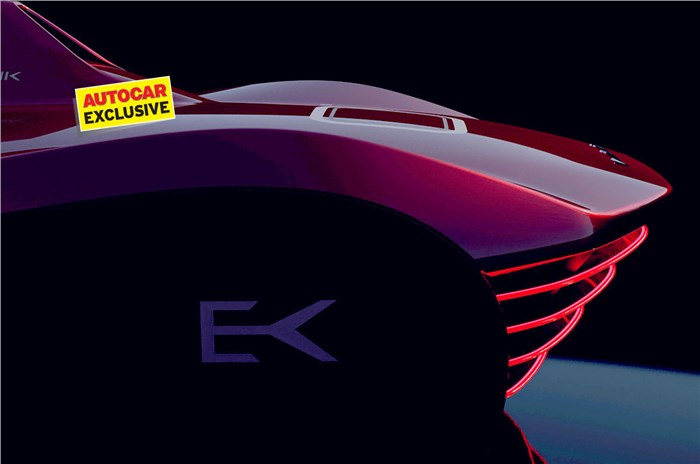 Back in 2018, after unveiling the Shul concept at the Goodwood Festival, Chunky Vazirani, founder of Vazirani Automotive, told us he’d like to go back into the shadows to work on the next phase of the company’s evolution. It now appears that the company has done just that as a teaser image emerges of a new supercar being developed.

Unlike the Shul, which was designed to be a turbine-electric supercar, this new car is a fully electric vehicle and the company says it aims to keep the character as mechanical and pure as an EV can be.

The new car is a running model and the company says it has been testing it at the newly inaugurated NATRAX facility near Indore. Details are sparse at the moment, but Vazirani says it uses a new battery innovation that is efficient and keeps weight down. Weighing 738kg, the Ekonk is very light, especially for an electric vehicle; and with a power output of 722hp, it’s very close to hitting the one-is-to-one power to weight ratio.

The company also says it has one of the lowest drag coefficients for a vehicle of its kind. Though not confirmed, the Ekonk could be a single seater, going by the low weight and the EK lettering emblazoned on the side, which, the company playfully adds, is a nod to its meaning in Hindi, 'one'.

Another bit as seen in the image of the rear end is a very fluid-like sculpting tapering into a sharp lip below which appear to be finned rear lights. We’ll have further details soon, however, as the company will reveal more later this month.

In profile: Chunky Vazirani, the man behind the Shul