In profile: Chunky Vazirani, the man behind the Shul

We talk design and tech with Chunky Vazirani, the man behind the striking 1,000hp Vazirani Shul. 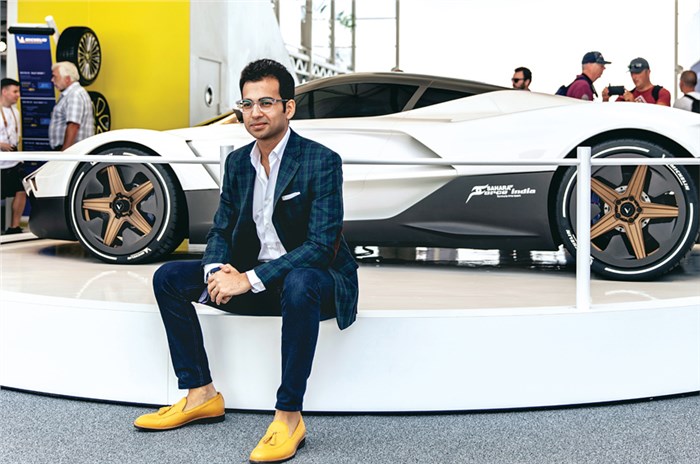 For a lot of us, motor shows are more than just a demonstration of automobiles. They get their hooks in us like nothing else and allow us to live out our automotive fantasies. Back in 2005, at the Geneva motor show, Chunky Vazirani found himself gawping at the Ferrari Enzo, and that’s when he knew his future was in designing cars that would bring upon this effect on others.

Thirteen years later, he got a taste of what that would feel like when his creation, the Shul hypercar concept, drew eyeballs at the 2018 Goodwood Festival of Speed.

Until now, Vazirani was relatively unknown, but the Shul – which is being developed with a planned market launch in 2021 – could leapfrog him into the big leagues. A graduate from the Art Center College in California (alma mater of Indian designer Dilip Chhabria as well), he founded Vazirani Automotive in 2015 with an aim to build a performance car with a focus on design. 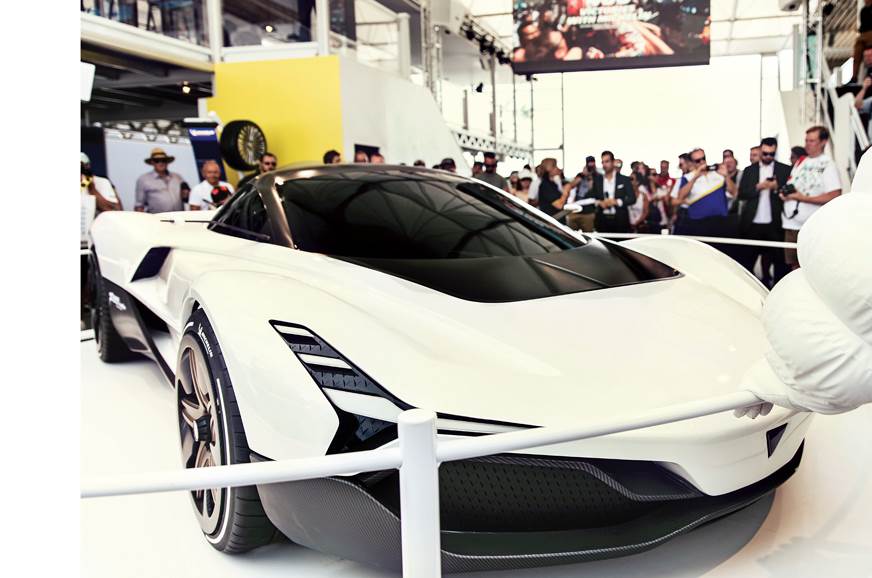 Chunky tells us the production Shul will look similar to the concept; which on the face of it, is a good thing. What we saw at Goodwood was an extremely futuristic-looking model with extensive use of carbon fibre and an exterior design aimed at reducing drag. “The whole idea was that when we showcase the car, it needs to be ready in terms of the design and packaging. Until this point, we have packaged in all the components and conducted most of the aerodynamic simulations. A lot of interior ergonomics and the door-shut lines will stay on. The cooling requirements such as ducts for the individual components will also carry on unchanged,” he says in an interview at the Autocar India HQ. Although most of the aero work is simulated, the company will look to collaborate with someone to use a wind tunnel, most probably with Force India (now called Racing Point Force India).

The Shul features a clean design with lots of air channels and ducts but for a hypercar, you’d expect some edgy elements and it doesn’t disappoint. There are a set of fins at the back (which can be modified for different setups) as well as a large diffuser. The production model will have the turbine lined up with the exhaust and a rear glass through which the turbine will be visible. 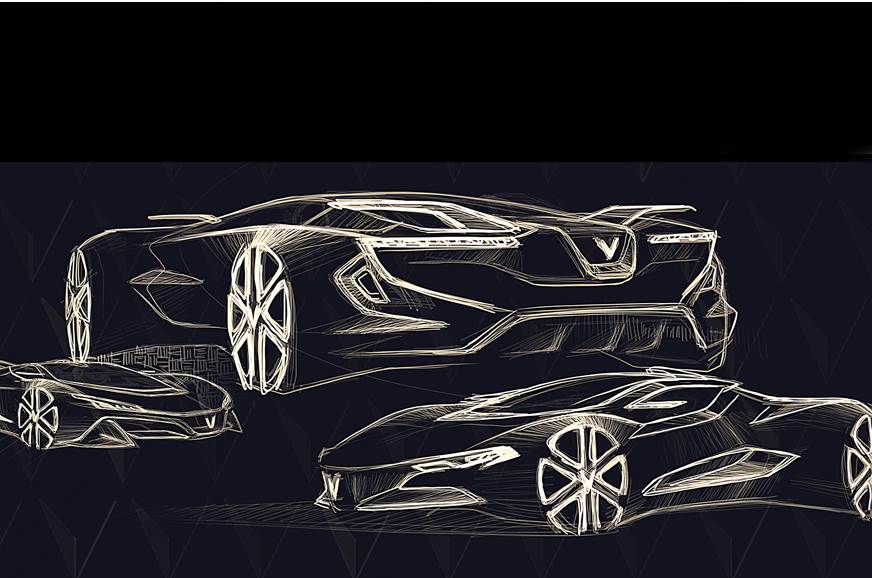 In the long term, Vazirani Automotive wants to branch out and offer its design expertise to other companies.

Vazirani’s ambitious plan for the Shul’s powertrain is to combine a micro-turbine range extender capable of running on regular petrol and charging the individual motors linked to each of the four wheels – a technology very few road cars have implemented so far. As a result, the car is intended to benefit from the instant torque, the blistering acceleration. There’s an advantage to the handling as well due to the very precise torque vectoring possible thanks to the individual motors at each wheel. The micro-turbine will also add an acoustic element and fire up the overall experience. The Shul will pack enough grunt to rival most supercars. According to Vazirani, the car will be capable of putting out the equivalent of 1,000hp and will weigh around 1,600 kg.

Although micro-turbines have the ability to spawn a new generation of highly efficient performance vehicles, it is not easy to integrate them into a car. “We need to make sure that it works well with the car – its electronics and other stresses that a supercar goes through.”

Chunky wanted to use a turbine for the visual and aural drama. The tricky part, however, is that when the turbine kicks in to charge the batteries, its sound is not synchronised to the driving style, as it will always run at a level rpm to charge the batteries. “It’s kind of like a turbo in some sense,” he tells us.

The fact that the Shul derives its power from electric motors rather than an internal combustion engine offers it great flexibility. Sure enough, modularity will be a key aspect of the hypercar and Vazirani plans to offer multiple battery options and motor configurations in the future. “We want to make things a lot more modular going forward in terms of not just the way we design the car. We see the powertrain evolving a lot faster in the future, so owners will get an option to swap. For instance, if in three years, there’s a better motor out there, we could offer this as an upgrade,” he adds. Moreover he says that offering an optional two-wheel drive by getting rid of the two electric motors from the front wheels would be one of the easiest tweaks possible. This would also provide luggage space at the front.

The Shul won’t be the only car to be developed by Vazirani Automotive. The company has planned multiple cars, but the first ones, to begin with, would be based on the Shul.

For a company developing a hypercar, Vazirani Automotive cuts a very lean picture; ten employees, to be precise. They’ve hired multiple consultants and actively collaborate with designers in countries such as UK and California. Although the Shul has its roots in India (as the development process began in Mumbai) the production version will be made elsewhere, probably in Europe. The company has secured seed funding from a couple of investors. 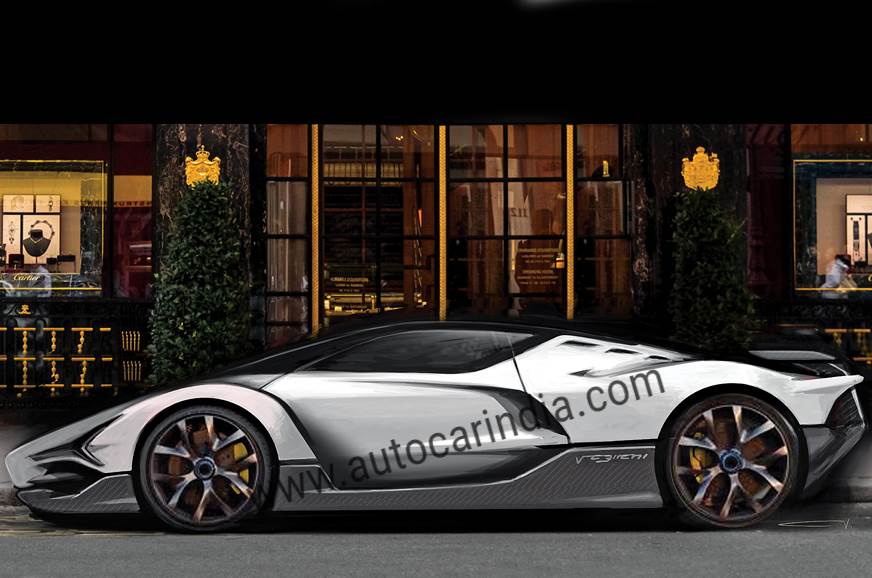 Production version of the Shul is expected to be close to concept.

So what does Vazirani envision for the company? Apart from making performance cars, it also wants to branch out and offer its expertise in design to other companies, similar to Mahindra-owned Pininfarina, which is developing its first electric hypercar. “We’re working on the technology of the next generation, so that’s something that we can capitalise on by offering consultancy services to other companies,” says the 28-year old from Mumbai.

What remains now is for the rubber to finally meet the road, and with Pininfarina and Vazirani Automotive both chasing electric hypercar dreams, it’s probably only a matter of time until we see India influencing the hypercar world.