Japanese carmaker garners over 29,000 bookings for the facelift launched earlier this year. 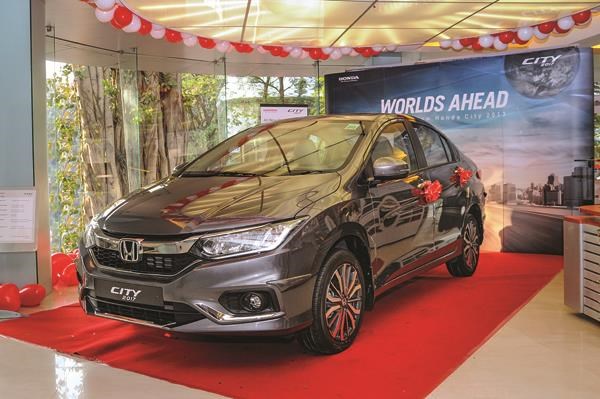 Honda's popular sedan, the City, has crossed the 2.5 lakh unit sales milestone in the domestic market. As a result, the current fourth-generation model is the highest-selling City yet, the carmaker said in a statement today.

Earlier this year, Honda introduced a facelift of the City that continues to be well accepted. As of May, the sedan has garnered over 29,000 bookings since its launch. The Japanese carmaker sold 9,994 units of the City in May, up from 9,098 units sold during the same month last year.

The refreshed City offers the option of a 1.5-litre petrol or a 1.5-litre diesel engine. Gearbox options include a five-speed manual or CVT for the petrol, but only a manual for the City diesel. Interestingly, nearly 30 percent of City customers have opted for the CVT variant of the model.

With cumulative sales of over 6.8 lakh units in the Indian market, the City has been one of the key volume grossers for Honda in India. In fact, India is the largest market for the mid-size sedan and accounts for over 25 percent of City's worldwide sales, the company said.

Globally, the Honda City has registered cumulative sales of over 3.5 million units in more than 60 countries, with the current-generation model accounting for over 1 million units.