The UN Secretary General’s special envoy for road safety urged for a joint effort by the Indian government, vehicle manufacturers and suppliers. 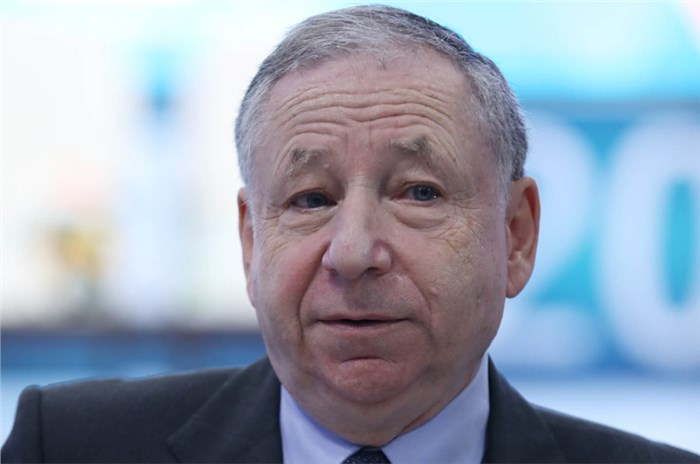 Jean Todt attended the inaugural session of the World Road Meeting 2017 in Delhi where he urged stronger legislative enforcement to cut down on road fatalities.

Todt, who is the president of the FIA (Federation International Automobile), and also the UN Secretary General’s special envoy for road safety said India is in a relatively 'bad’ spot in terms of human safety on the roads. Global statistics on road accidents state that 1.2 million people lose their lives every year, with low-to-middle income countries like India contributing a large share.

Talking about measures to improve Indian road safety, he said, “There needs to be a joint effort by the government, vehicle manufacturers and suppliers to collectively improve the current scenario on the Indian roads.”

“India has seen over one million people lose their lives on its roads during the last decade, and the country is in dire need of reforms in its Motor Vehicle Act and needs stronger enforcement of these legislations”, he added.

Concerning the UN’s sustainability programme, Todt commented, “Out of the total 17 pointers in the UN sustainable development goals, target No. 3.6 aims to reduce global road deaths and injuries to half by 2020; and target 11.2 focuses on enhancing penetration of safe and affordable public transport to be accessible to every citizen across the world by 2030.”

“Right level of political commitments, coordination and cross-sectional collaboration within countries could improve the situation of road safety across the world. Also, national governments and civil society groups need to play a bigger role in improving the situation.”

The FIA president also urged the use of technology in accident data collection and its analysis, along with proper implementation of the UN road safety convention, including the proper use of seat belts, helmets and child safety equipment.

These rules will be a step in the correct direction to overcome the challenges of road safety in India, where no such charter is in place.

Speaking to our sister publication Autocar Professional, Todt said, “In India, there needs to be improvement in education about road safety, better law enforcement, difficulty in getting driving licenses, safer vehicles, safer roads, and better infrastructure.”

Rapidly improving vehicle technology will also play its part in helping to create safer roads, with safety kit such as airbags and ABS set to become a standardised norm in the coming years across the globe.

“At the 2017 Geneva Motor Show, we discussed with global carmakers, including Tata Motors, on providing basic set of safety standards for all markets worldwide in a cost effective manner”, he added.

“Self-driving vehicles will also improve road safety to a considerable extent with autonomous technology making its way into about a quarter of a million cars by 2020.”

“But it would still take a few decades before autonomous technology hits developing countries, and for the time being, other safety measures need to be implemented in these parts of the world”, said Todt.

A number of global transport ministers and representatives who took part in the Transport Ministers’ Forum on road safety, signed the Delhi Declaration on November 13, reiterating and committing to protect all road users by providing better infrastructure, post-crash response, professional driver qualifications and agreeing to stick to other related targets under the UN’s sustainable development goals by 2030.

A combined funding of $770 billion (about Rs 50 lakh crore) is required to cut road fatalities and injuries by about 50 percent over the next decade, and as per Todt, “Road safety should be considered in the same way, as if it were an emergency like AIDS and malaria, and if not controlled, it could become the seventh largest cause of global deaths by 2025.”