Indian EV makers state that the high tax could derail the government’s plan for 100 percent electric mobility by 2030. 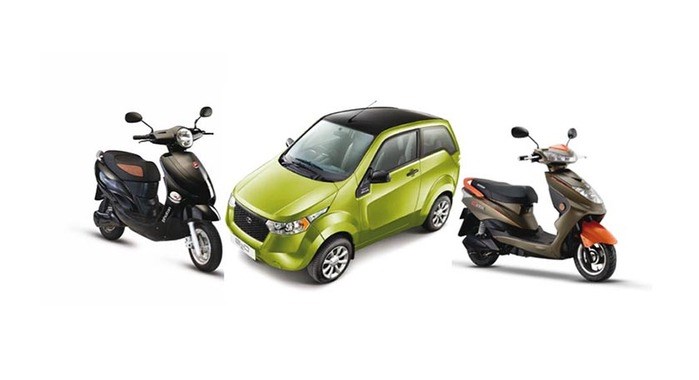 Following the announcement of GST rates for the automotive sector, Indian electric vehicle (EV) industry representatives are of the opinion that the sector deserved better, given the dire need to accelerate EV ownership and usage in the country.

EVs have been placed in the 12 percent tax slab and batteries at 28 percent in the reformative GST regime.

The new and simplified tax structure has largely aimed at bringing about a positive impact to the automotive sector. It has cut down the existing Excise Duty (ED) and State taxes, cumulatively ranging between 11 to 55 percent across vehicle segments, to an average rate of 28 percent GST, along with an additional cess of 15 percent in the passenger vehicle segment.

Before GST kicked in, electric vehicles (EVs) had 6 percent ED and state VAT varying between 5 to 15 percent, taking the total applicable tax in the range of 11 to 21 percent. GST now brings EVs into the flat 12 percent tax slab across the country, keeping the rate at the lowest in the entire automotive space. However, the new rate, even though lower than the previous structure, doesn't guarantee the final implications on EVs as being simply positive.

When compared to the pre-GST phase, a number of states, including Rajasthan and Uttarakhand, had exempted these zero-emission vehicles from any tax whatsoever. Domestic EV makers are now of the opinion that, to promote EVs and their ownership strongly, the government should have placed these vehicles in the base 5 percent slab or even exempted them altogether, as opposed to the middle-path 12 percent slab.

According to Sohinder Gill, CEO, Hero Electric, "We have no serious complaints from the GST rates for electric vehicles as there is no overall adverse impact of the 12 percent GST rate. Some states that had high VAT will have the benefit of price reduction whereas the states that had already taken the initiative of making the VAT zero, like Rajasthan, Uttarakhand and Chandigarh will face the pinch of price increase."

"I, however, feel that this was an opportunity for the government to accelerate the adoption of EVs by having a GST of say 5 percent for EVs at least for three years as that would have resulted in a significant price reduction across all states," he added.

Okinawa Electric Scooters' managing director, Jitender Sharma, says, "The EV industry aligns well with the government's environmental commitment and brings down the carbon footprint and pollution levels by going for all-electric vehicles by 2030. However, GST at 12 percent might derail the agenda. To begin with, GST at zero percent (for EVs) would have led to the much faster adoption of electric mobility. Hence, this is an appeal to the government to do a re-think, keeping this aspect in mind."

"GST comes as a welcome initiative to simplify the tax regime in the country. The idea to bring about a system of 'One Country – One Tax', which will ease the operational aspects of taxation across markets and related compliance. However, I believe specific industry segments, such as EVs, that are in their nascent stage need to be looked at differently to be able to gain acceptance and grow. We expected rationalising the tax on this segment at a reasonable level so that the demand is not impacted negatively. In the past, some states had low or zero tax on this segment while some levied high taxes, acting as a deterrent. Hence, the need of the hour was to introduce a reasonable, uniform tax across the country to boost demand. At 12 percent tax, EVs would become dearer to some," says Sharma.

Batteries in 28 percent GST slab
GST puts batteries into the highest 28 percent slab, moving them up from the prevalent state tax rates of 5 to 15 percent, which could prove to be a roadblock when it comes to pricing EVs affordably.

"The 28 percent GST levied on batteries is a major dampener as this will have a negative impact on the prices of the second and subsequent replacement batteries especially in the case of the Lithium-ion batteries that form almost 50 percent cost of the electric two-wheelers. I, therefore, urge the govt to make the GST rate for the batteries same as EVs to remove this anomaly," says Sohinder Gill.