All four-wheelers sold from December 1 to get FASTag

The FASTags will help to increase average speeds on Indian highways and reduce costs to the Indian economy caused by slow moving traffic. 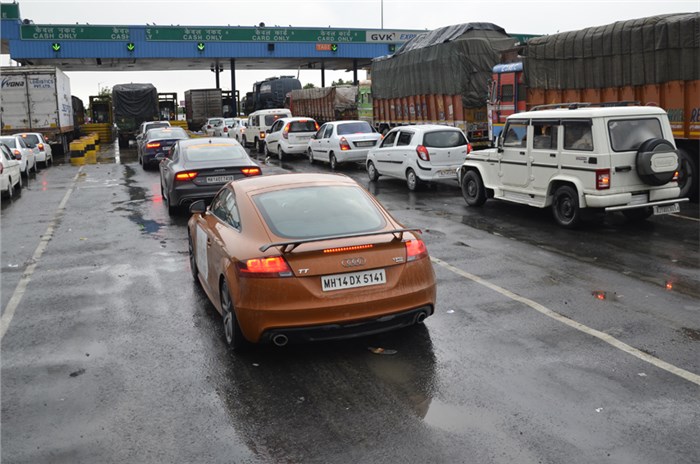 The Indian Ministry of Road Transport & Highways has announced that all motorised four-wheel vehicles sold on or after December 1, 2017 will be fitted with FASTags, either by the manufacturer or the authorised dealer.

Vehicles that are sold as driveaway chassis without a windscreen will have to have FASTags fitted by the owner before the car is registered. This move is in line with the Indian government’s drive for digitisation.

FASTags allow for an almost non-stop movement of traffic at toll plazas and also offer the convenience of cashless payments across the nationwide Electronic Fee Collection Services.

Reports estimate that the annual cost to the Indian economy due to delays on the highway is in excess of Rs 30,000 crore. The additional impact due to fuel consumption and the decrease in overall speed is said to be around Rs 60,000 crore per annum.

The FASTag is a device that uses Radio Frequency Identification (RFID) technology to make toll payments directly from the prepaid account that is linked to it. FASTag is valid for five years and nonly needs to be recharged as per requirement. The service and tag is a part of the National Highway Authority of India’s (NHAI) programme for electronic toll collection on toll plazas on national highways.

With the tag, there is no need to carry cash for toll fees, online recharges via a credit card, debit card, NEF, RTGS or net banking make it convenient, and the service increases movement and speed of traffic thereby reducing the cost to the Indian economy. The tags also come with SMS alerts for toll transactions and low balance.

The NHAI launched two smartphone apps in August 2017 – MyFASTag and FASTag Partner – to help the availability of FASTags for electronic toll collection. All 371 tolls on highways operated by the NHAI are FASTag-enabled.

The NHAI has also introduced the online sale of FASTags from issuer banks websites, the NHAI website, and the IHMCL website and offline sales via the Common Services Centre (CSC) near toll plazas. The tags purchased online will be delivered by courier at the doorstep of the purchaser.