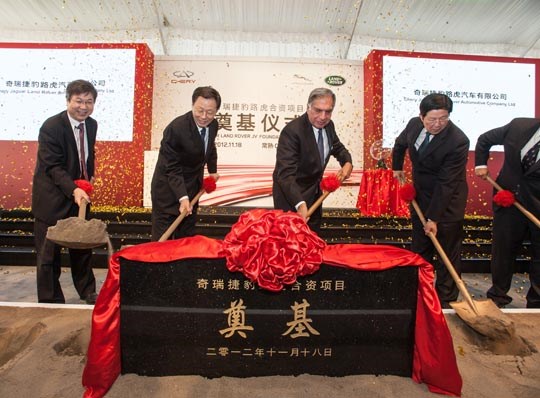 Jaguar Land Rover is planning for a bigger play in the China market. JLR and its Chinese partner Chery Automobile Company have laid the foundations for their new manufacturing facility which will come up in Changshu, Jiangsu province. After having received the Chinese government’s approval, both will build a plant in Changshu, near Shanghai, as part of a 10.9 billion RMB (Rs 9635.6 crore) investment. The facility will include an R&D centre and engine production facility, and will be completed in 2014.

In a joint statement, Ralf Speth, JLR CEO and Yin Tongyao, chairman and CEO of Chery, said, "We are delighted to have reached this milestone. Together, we will now begin working in close collaboration on our partnership plans to harness the capabilities of our respective companies to produce relevant and advanced models for Chinese consumers.”

The new JV will be called Chery Jaguar Land Rover Automotive Company Ltd. In addition to established vehicles, the JV will also produce models for a domestic brand tailored specifically to local customer demand. JLR’s sales rose 80 percent in the first 10 months of 2012. In 2011, JLR saw sales increase more than 60 percent, driven mainly by the Jaguar XJ, XF and the Range Rover Evoque.