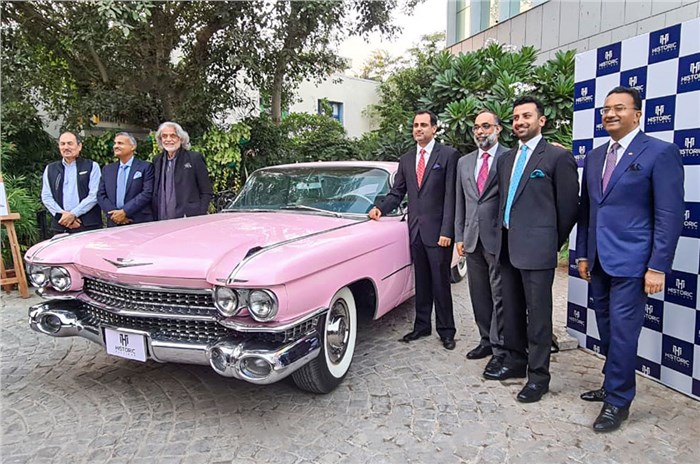 The Historic Auctions plans to host two wide-range auctions per year aside from smaller thematic auctions.

The Historic Auctions Pvt Ltd is set to hold its inaugural ‘Collectible Cars and Automotive Art’ auction this December. The company held a special private preview at the Museo Camera in Gurugram on November 23. The preview being open for the public from November 24-26.

Aside from holding auctions, the company says that it will be providing a range of services including facilitating and educating first time buyers, providing guidance and advice on building collections, vehicle appraisal, private sales and more.

“Historic Auctions was born out of the need of the enthusiast for a reliable and transparent platform to indulge their passion,” said HH Rana Manvendra Singh Barwani, chairman of Historic Auctions and founding member of the Vintage and Classic Car Club of India.

Cars on display at the preview

While 20 cars are set to go under the hammer, nine of them will be displayed at the pre-auction preview. Notable cars on display include the 1959 Cadillac de Ville sedan – a car instantly recognisable by its massive tailfins and twin-bullet tail lights, a 1958 Toyota FJ40 Land Cruiser, a 1982 Mercedes-Benz 200, a barn-find 1958 Mercedes Benz 180 Ponton and an ex-army Mahindra Jeep CJ-3B.

The CJ-3B will be going up for auction at no reserve, with the proceeds being donated to an Army Veterans welfare group.

Other examples on display include a 1934 Cadillac 335 D7 Passenger Imperial Sedan, a 1924 Austin 7 and a 1947 Chrysler Windsor. Automotive art pieces by artist and filmmaker Raja Muzzafar Ali will also be auctioned and put on display at the preview.

Going forward, Historic Auctions plans to host at least two wide-range auctions annually, aside from a number of small thematic online auctions. The company will also be entering the e-commerce business early next year and offering ‘special products’ for car and bike enthusiasts.

The company says that it will also be hosting an auction at the 21 Gun Salute Concours d’Elegance in January 2023.