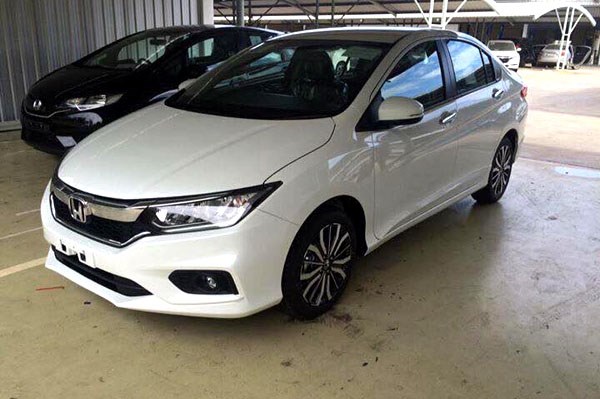 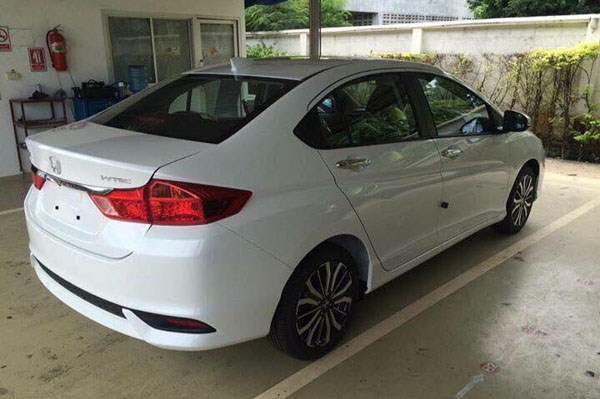 Honda to bring back ‘City ZX’ moniker; to be launched in January 2017

Update: Honda City facelift to launch in India on February 14, 2017

Honda is all set to launch the refreshed City sedan in our market.  The first set of images of the updated sedan have surfaced online.

As reported earlier, the 2017 City gets styling tweaks and equipment additions similar to the Thai-spec car.

Honda has updated the City’s front to a more family look, with a Civic-like nose and chin along with a chrome band running across the grille and spilling over the headlights on both sides. The headlights' shape has been mildly tweaked and now houses LED daytime running lamps. The front bumper has been restyled as well, with more promient divisions for the front air dam and fog lamp housings.

For India, Honda will bring back the ‘City ZX’ name for the 2017 car, which is likely to come with LED headlamps as well. Moving on to the back, the bumper sees changes and the tail-lamps get LED inserts that mimic Honda’s latest design language seen on the Civic and the all-new CR-V. In addition, the City gets more chrome bits on the boot lid along with an integrated spoiler with a centre-mounted wide LED stop light. 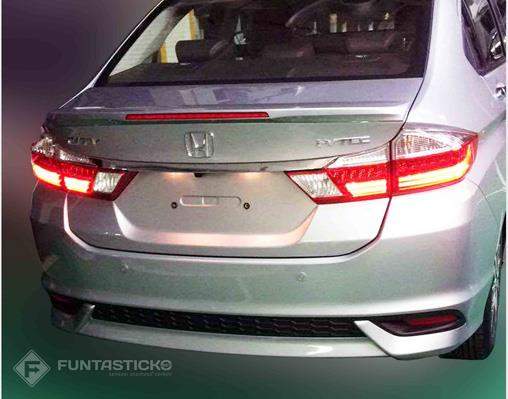 The side profile of the updated City remains the same, with larger 16-inch alloys instead of the 15-inch ones on the current model. The new City for India will also ride 10mm higher, thanks to slight tweaks to the suspension to help make the ride a bit smoother. The refreshed City will use the same set of engines that run in India – a 1.5-litre petrol and a 1.5-litre diesel.

On the inside, it will get an all-new infotainment system with Android Auto and a mobile mirroring app. This system is being co-developed with Blaupunkt and will also feature Indian accent-based voice guidance for the navigation system. The top-spec versions will get six airbags as standard, along with leather seats and a soft touch dashboard.

Overall, this mid-cycle update will make the City more competitive to the likes of the heavily updated Skoda Rapid, Maruti Ciaz, Hyundai Verna and the Volkswagen Vento sedans.