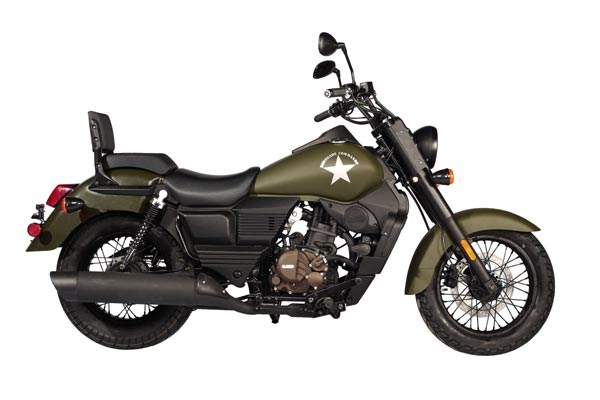 UM Motorcycles, in collaboration with Lohia Auto, has launched its first dealership in Mumbai, its fifth in India. Called Western UM, the nearly 2,900 sq. Ft. dealership has a showroom integrated with an after-sales service facility. It currently retails two of UM motorcycles’ models – the Renegade Commando and the Renegade Sport S.

Both bikes share common underpinnings and are powered by the same 280cc, single-cylinder engine mated to a six-speed transmission. The engine produces 25.3hp and 21.8Nm of peak power and torque.

While there’s little that differentiates the Renegades mechanically, they are styled differently. The Commando’s look is based on cruisers like the Harley Davidson Fatboy, while the Sport is shares design cues with power cruisers like the Suzuki Intruder.

The Renegade Commando is priced at Rs 1.61 lakh, while the Renegade Sport S costs Rs 1.51 lakh (ex-showroom, Mumbai). The Western UM showroom is on the Western Express Highway, near Magathane at Borivali East. UM plans to open more showrooms in Mumbai in the coming months.