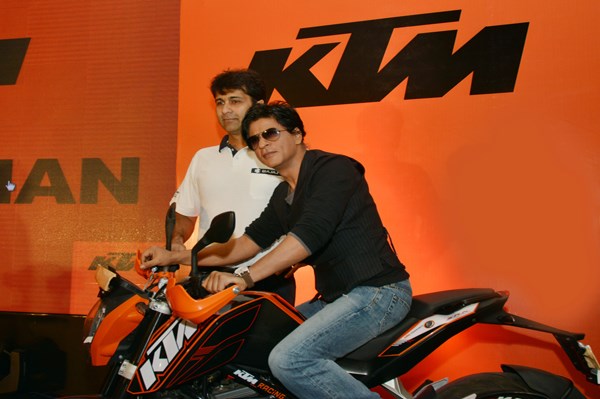 Bollywood’s heartthrob actor Shah Rukh Khan on a visit to Pune city met up with many motorcycling enthusiasts.

The superstar professed his love for motorcycling and narrated his personal experiences with his KTM 200 Duke which is now 10 months old. The actor makes time from his busy schedule to ride his motorcycle in Mumbai from time to time.

KTM became Europe’s numero uno motorcycle manufacturer earlier this year, surpassing long-standing rival BMW Motorrad. KTM stepped into the Indian market in early 2012 and has been on a dream run ever since, more so now with the arrival of its 390 Duke.