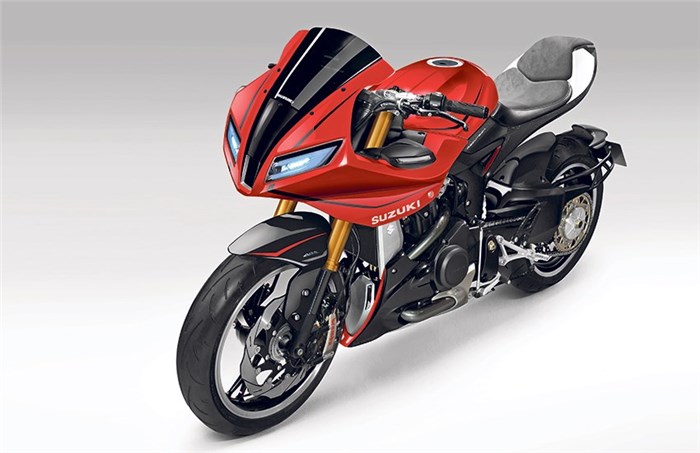 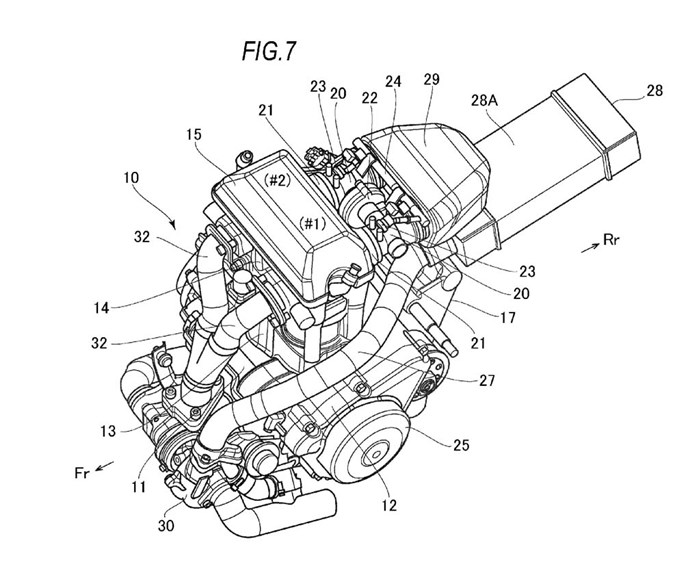 In 2013, Suzuki had introduced its Recursion motorcycle as a neo-retro café racer concept at the Tokyo Auto Show. But rumours regarding the production of this motorcycle were dismissed by Suzuki. Now the company has filed patents that hold serious potential to bring back this turbo-charged motorcycling on a large scale.

This concept seems promising for Suzuki for a couple of reasons. From the images seen here, Suzuki has not made the Recursion a very extraordinary-looking motorcycle, such as Kawasaki’s H2 or H2R — the supercharged duo that have got the net buzzing for a while now. The Recursion actually looks like it can pass off as an ordinary half-litre class motorcycle, making it accessible to a wider market.

When the bike was unveiled back in 2013, Suzuki claimed that it used a 588cc parallel twin equipped with a single turbocharger boosting power to a claimed 99bhp at 8,000rpm. That may not sound like much as Suzuki’s full-faired sportsbike, the GSX-R600, makes a few horsepower more than that, but that’s natural right? The real genius is in its torque figures. The Recursion would make close to 10.2kgm of torque at just 4,500rpm, placing it very close to litre class bikes. For example Suzuki’s GSX-R1000 makes 11.1kgm of torque, and even most 1000cc motors only achieve this at double the revs.

The patents also reveal that the new motor uses a single-overhead-camshaft design instead of a DOHC, since higher-revs aren’t required. Images also suggest that the Recursion would use an efficient intercooler design. The new images reveal a new horizontally stacked headlight design, due to a large intercooler air intake possibly to be structured between the headlights.