Suzuki Motorcycle India Ltd will introduce the GW250, its naked sportsbike (also known as the Inazuma 250), in India next month. 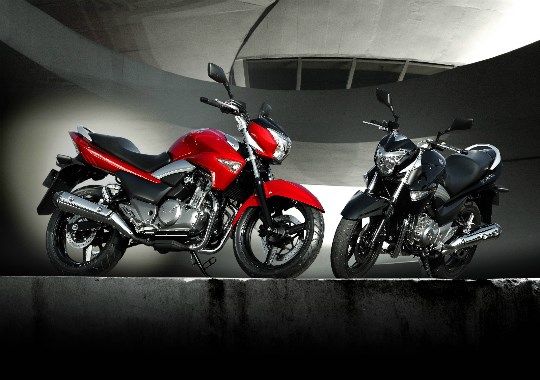 Suzuki Motorcycle India Ltd (SMIL) plans to launch its naked street bike, the GW250 (also called Inazuma 250), in January 2014. The company plans to bring the 248cc, twin-cylinder, liquid-cooled, four-stroke motorcycle through the completely-knocked-down (CKD) route and will be assembled at SMIL’s Gurgaon plant.

It is expected to further spice up the 250cc segment, which already has established motorcycles such as the Honda CBR250R, KTM 200 Duke, Kawasaki Ninja 300 and others. The success of the Suzuki GW250 though will crucially depend on its pricing in India. Interestingly, the segment is also set to see completely localised additions soon in the form of a faired-in Pulsar 200NS and the 300cc Mahindra Mojo, which is believed to be in its final phases of validation process.

Meanwhile, the company is also gearing up to ready at least one new product for its scooter as well as its commuter bike portfolio. SMIL’s current scooter portfolio includes the Access 125 and Swish 125, while the company sells one commuter motorcycle in each 110cc (Hayate), 125cc (Slingshot) and 150cc (GS150R) categories.

Speaking exclusively to Autocar Professional, Atul Gupta, executive vice-president, SMIL, confirmed that “we are going to launch the 250cc motorcycle next month (January 2014) and new products to expand our current portfolio in the upcoming Auto Expo 2014. We are equally focussing on the scooters and the motorcycles.”

Gupta, however, did not disclose the specifics of the upcoming products. On clear priorities, he added that “we are absent in almost 60 percent of the existing markets domestically, so we are focussing on the dealership expansion. We are also expanding our production capacity by nearly 25 percent at our Gurgaon facility as we want to be ready while entering new territories.”