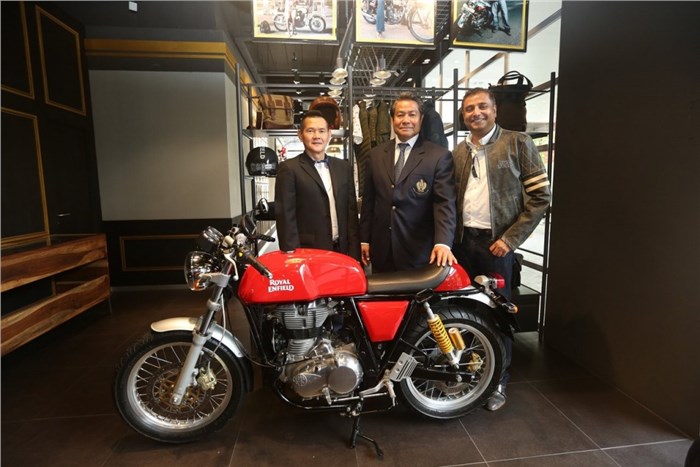 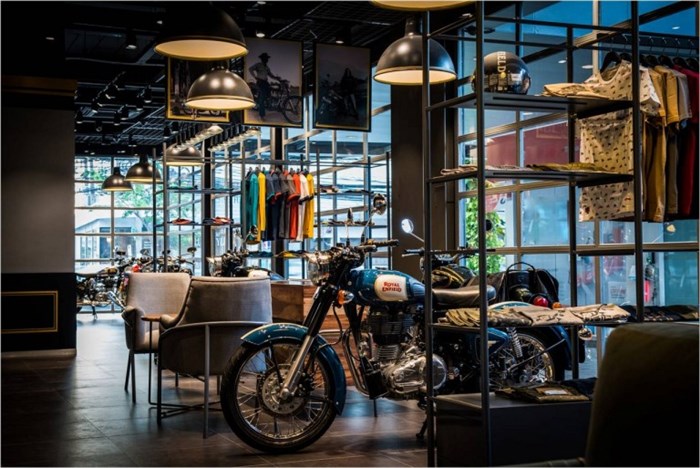 The bike maker has opened its first retail store in the country; offers complete Royal Enfield range, as well as apparel and accessories.

Royal Enfield has brought the Bullet 500, Classic 500 and Continental GT to Thailand with the launch of an exclusive retail store in Bangkok.

Operated by General Auto Supply Co Ltd, the new retail outlet marks the further expansion of RE's operations in Southeast Asia, which started with showrooms in Indonesia a little while back.

Located on Sukhumvit road in Bangkok, this store offers the company's complete motorcycle range, accessories and apparel. Royal Enfield also announced prices for all its models in Thailand, with the Bullet 500, Classic 500 and the Continental GT priced at 1.79 lakh, 1.8 lakh and 2.19 lakh baht respectively. With RE's prices in Thailand significantly higher than other similarly performing street bikes like the Kawasaki Z250, it remains to be seen if their retro appeal is enough to win over customers in the region.

Speaking at the opening, Arun Gopal, International Business Head for Royal Enfield commented, "Our phenomenal success in India gives us the confidence to thrive in similar markets like Thailand and Indonesia, which will play an instrumental role in fuelling our growth in Asia." The company also said that it sees a huge potential for multipurpose middle-weight motorcycles ranging from 250 to 750cc in a country like Thailand.

Royal Enfield had first announced its intentions to enter the Thai motorcycle market – the fifth largest in the world – at the Thailand International Motor Expo in December 2015. This new store in Bangkok promises an experience that is consistent with the brands other stores in India and across the globe, and also includes a display of a striped down Continental GT to show off its frame and other internals.