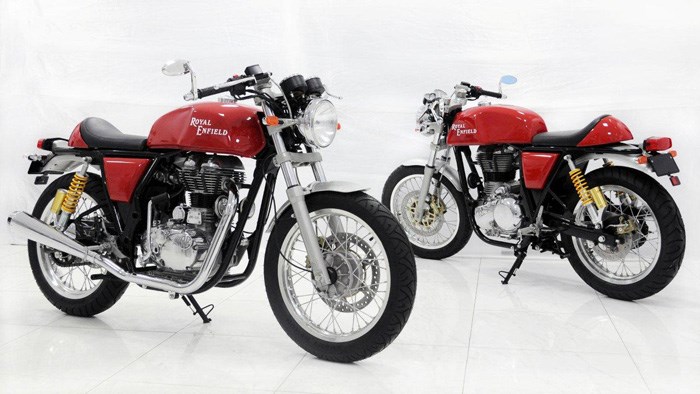 The Royal Enfield Café Racer may see a 2013 launch here.

The Café Racer deploys a twin-spar tubular steel frame designed by Harris Engineering, telescopic forks upfront and a set of gas-charged shock absorbers at the rear bolted onto an elliptical tube swingarm. Unlike a traditional Royal Enfield, this motorcycle will have a leaned-in riding position which should aid handling. The company claims the Café Racer is 21kg lighter than its other 500s. For stopping power, this bike will be equipped with a single disc brake in the front and rear. Additionally, Royal Enfield will offer a wide range of accessories like aluminium fenders instead of plastic, aluminium upper and lower triple brackets, two different exhaust systems, café and clubman handlebars.
The Royal Enfield Café Racer is expected to be launched some time in July-August 2013 in the US and will be known as a 2014 model due to a late 2013 launch. There is no clear indication as to when this motorcycle will go on sale in India but we hope to see it in showrooms sometime this year.