Our top 5 motorcycle review videos paint a picture of what you loved most this year. 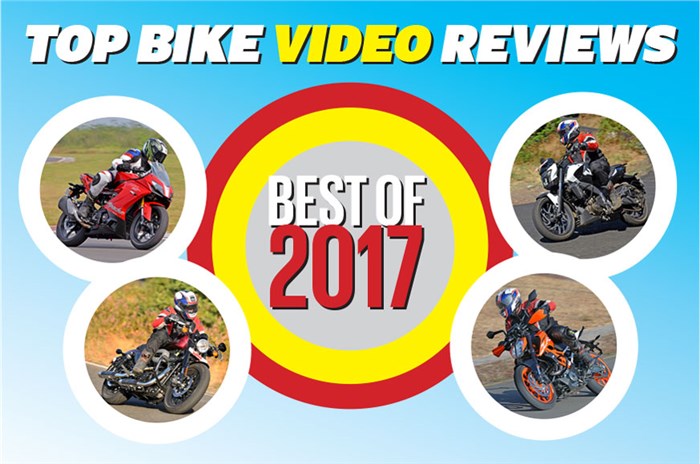 These are the motorcycle reviews you have watched the most; affordable performance, we infer, was the flavour of the year.

The TVS Apache RR 310 was probably the most-awaited motorcycle of 2017 – and after we spent some time with the bike at the Madras Motor Race Track in Chennai, we can say that it certainly lived up to its hype.

Bajaj bet big on the Dominar 400 – its first large-capacity motorcycle – to take a chunk out of the cruiser pie; and yes, it did get it's fair share of attention.

The Roadster is the most sport-oriented version of the Sportster series; but the mile-munching cruiser attitude of Harley-Davidson still courses through its veins.

The Bajaj Dominar 400 (as mentioned above) was meant to make a headway into the cruiser space. We pit it against Royal Enfield’s latest adventure tourer, to see if it succeeded.

The 2017 Duke 390 looks cutting-edge. It's loaded with features like a colour-TFT display, switchable ABS and LED DRLs – and, most importantly, it’s still superbly fast and fun to ride.