Short video shows what appears to be a café racer based on the Dragster RR; likely to be a limited-edition model. 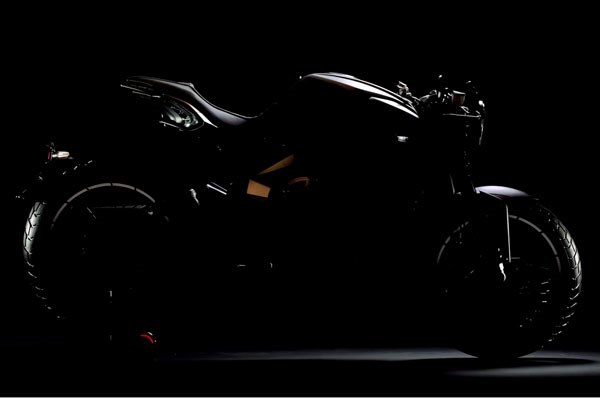 The Italian specialist motorcycle maker has just teased the impending arrival of an exceptionally unique bike. This new bike has been dubbed the MV Agusta RVS, or Reparto Veicoli Speciali, which stands for Special Vehicle Operations in Italian.

MV Agusta has released absolutely no information about this new motorcycle, barring a short 37-sec teaser video which spends a majority of its time showing the RVS name being etched into a block of what appears to be solid aluminium. A very dimly lit silhouette of the bike is visible in the last couple of seconds of the video.

From what can be seen of the tail section, it looks like the RVS is based on MV Agusta’s Brutale Dragster 800 RR and the tank seems to be similar too. However, at the front of the bike, you can see that the Dragster’s sloping oval headlight has been replaced by a smaller round unit. The bike also seems to sport low-slung clip-on handlebars, giving it a sporty stance. This leads us to believe that the RVS could be a café racer take on the Dragster RR by MV Agusta.

What are drastically different are the tyres, which, in the RVS’ case, seem to be of the on-off road variety, which is a strange choice for a café racer. The wheels also appear to be wire spoke, instead of alloy, confirming that this is indeed based on the Dragster 800 RR and not the standard Dragster.

Of course, at this point, no one knows what the specs for this bike will be, but if it’s based on the Dragster RR, it would be a safe bet to assume that it will be powered by the same 798cc three-cylinder motor. This engine is good for 140hp of peak power, coming in at 13,100rpm, and a peak torque figure of 86Nm that comes in at 10,100rpm. It’s possible that these numbers might not translate exactly to the RVS as the engine might be retuned for its café racer guise.

MV Agusta’s bikes have been available in India since last year through a venture with MotoRoyale and the company is gearing up to launch the latest version of the Brutale 800 in the country in the coming months. Going by the name RVS, it’s likely to be a limited-edition model, but that might not stop it from being launched in India as MotoRoyale has in the past brought a few units of the limited-edition F4 and F3.