A stripped-down version of the bike has just been spotted which might offer a massive price advantage. 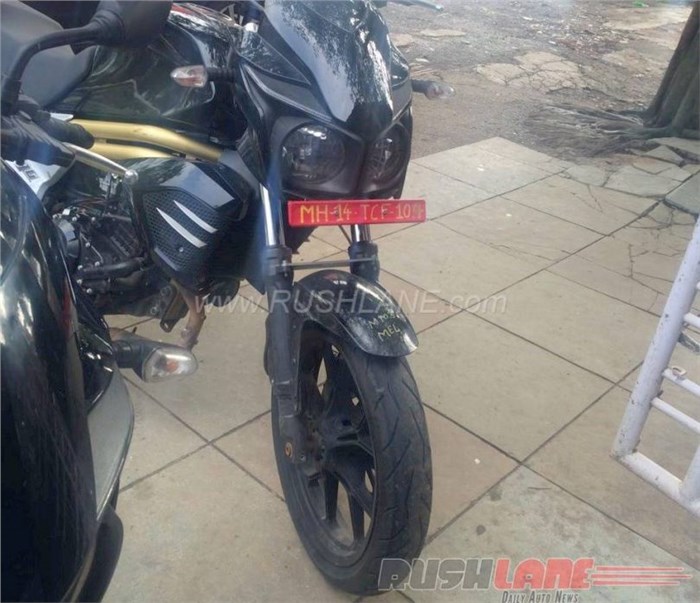 Launched sometime last year, the Mahindra Mojo hasn’t become what you might call a runaway success that the company hoped it would be. While it has developed a dedicated fan base, sales of the 295cc motorcycle are still overshadowed by its competitors. However, Mahindra might be looking to remedy that by offering customers more options in the form of a more affordable Mojo. Spotted at Lonavala in Maharashtra by the good folks at RushLane, a prototype of this more affordable version seems to be a stripped down version of the bike launched last year.

The largest change on the bike is the switch from upside-down forks to conventional telescopic ones, which should go a long way in bringing costs down. The other big change according to those who captured the spy picture is that the Mahindra has gone from a dual exhaust setup to single one, eliminating the silencer from the left side of the bike. There are no other immediate visual changes on the bike, but there is word going around that the massive twin-pod front fairing might be dropped in favour of a simpler arrangement to keep costs down. And while the test bike captured here is still seen to be running on Pirelli Rosso Diablo tyres, it’s possible that Mahindra might make a switch to MRF rubber to make this version of the Mojo significantly lighter on the wallet.

A closer examination of the picture also reveals what seems to be a carburettor setup for the single-cylinder motor as opposed to fuel-injection. This is likely to mean a small dip in performance figures, but the weight reductions that would be achieved thanks to a simpler headlight setup and single exhaust might just offset the slight reduction in power. However, it really remains to be seen how Mahindra will manage to deal with upcoming more stringent emissions norms with this carburetted setup.

What these changes will allow Mahindra to do, is to target a whole other portion of the Indian motorcycle buyer junta and make the Mojo significantly lucrative to those who had shied away from it because of its price. The current model of the bike is priced at Rs 1.63 lakh (ex-showroom Delhi), but if these changes are implemented, we could see the new model go for almost Rs 25,000-30,000 cheaper. It is believed that when this new model launches, it will be sold alongside the current Mojo.