Stuntbiking culture gaining momentum in India;KTM to provide customers with more opportunities for such adventure. 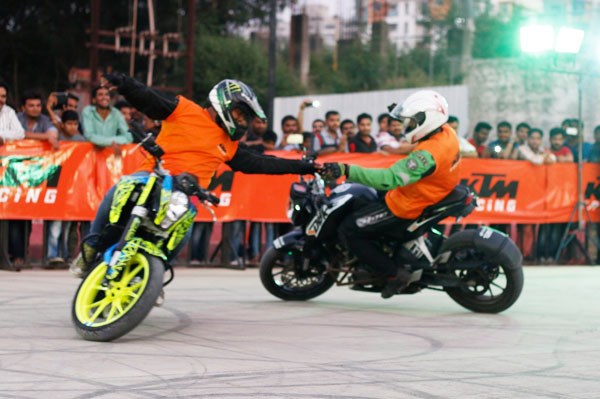 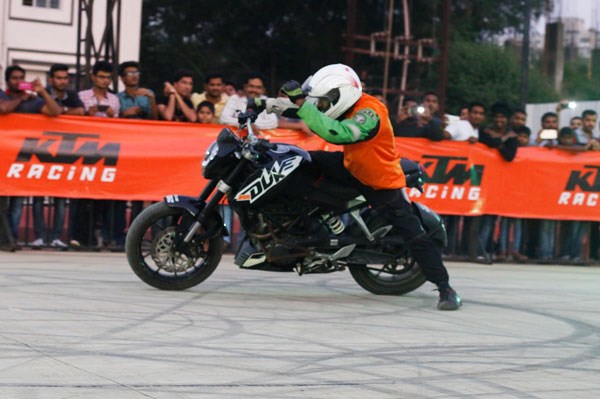 KTM recently organised a stunt show at the Chonde Patil sports complex, Pune. The stunt show was open for all to visit, and showcased an array of impressive stunts performed by professional riders astride KTM Duke motorcycles, as they are well-suited to such extreme riding conditions.

Until now, stunt shows have been conducted in various cities across the country, such as Bengaluru, Chennai, Mumbai, Surat, Ghaziabad and few other cities.

The stunt biking culture in India has been witnessing an upward trend, with many new clubs and groups forming across the country. Many groups perform in various events, and compete at a professional level.

Speaking to the media about the event, Amit Nandi, senior vice president - Probiking, Bajaj Auto Ltd stated that the KTM brand is known for its high-performance motorcycles, and the company always wants its customers to experience the thrills and adventure which KTM motorcycles can provide. He also added that stunt shows of this kind are being conducted in every major city and will keep on growing in scale in the near future.