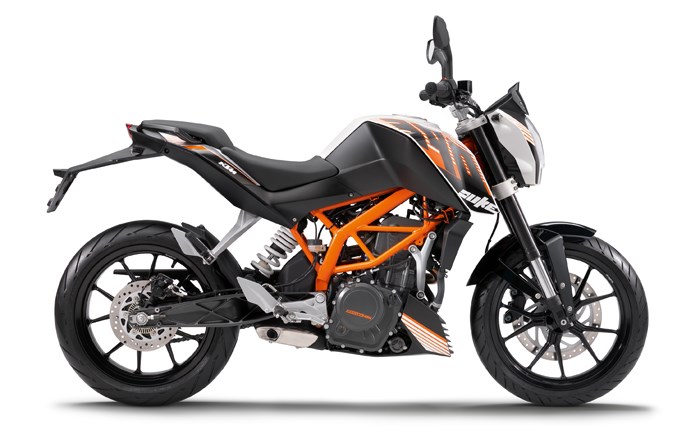 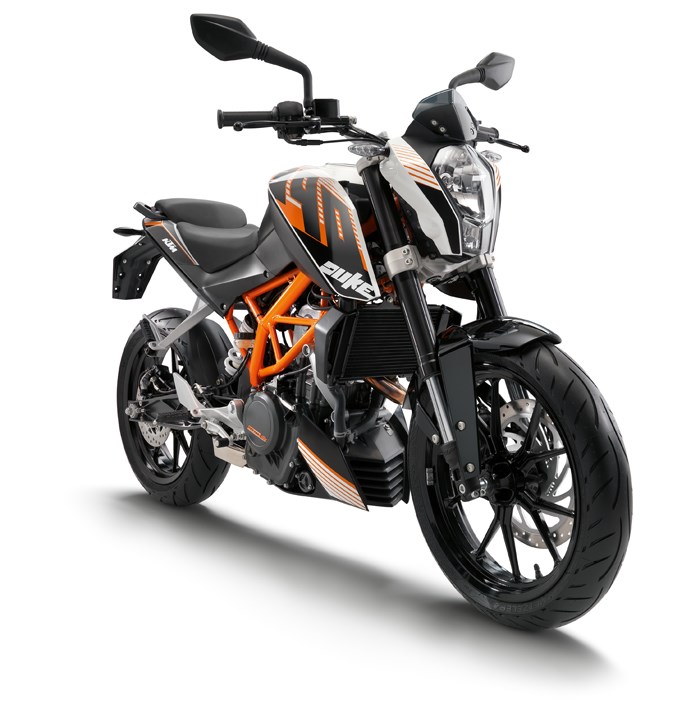 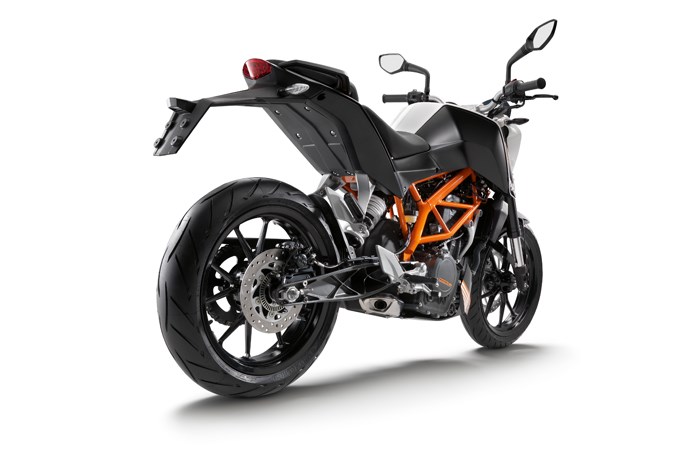 KTM and Bajaj’s upcoming streetbike, the 390 Duke has been revealed at the 2012 EICMA show, Milan. The 390 Duke sports flamboyant, edgy and aggressive naked bike looks, with similar, contemporary lineage as found on the present day small capacity Dukes, the 125 and 200.

The 390 Duke deploys a four-stroke, 373.2cc, single-cylinder, fuel-injected engine with dual overhead camshafts driving four-valves. Transmission is a six-speed, one-down, 5-up toe-shifted box and power is delivered through an X-ring sealed drive chain. Expect furious performance with the light for its class, 139kg kerb weight new Duke producing a healthy peak power output of 44bhp at 9500rpm, and maximum torque of 3.57kgm at 7250rpm.
The 390 Duke will share platforms with smaller capacity sibling, the 200 Duke as is already on Indian streets. The 390 Duke sports a beefy, steel trellis frame and seats its rider in an upright, still sporty riding posture. Fat, 43mm upside-down front forks are standard, as are an alluminium alloy swingarm and monoshock rear suspension. There’s a radial mounted 300mm disc in front and 230mm rear disc brake, the 390 Duke going a big step-up on its smaller siblings for offering the safety of ABS braking. Low-profile, tubeless radial tyres are provided on both lightweight, alloy rims.
The 390 Duke will be locally produced in India from Bajaj’s state-of-the-art Chakan facility on the outskirts of Pune, from where the motorcycle will be exported to global markets including Europe, where the 125 and 200 Duke have already been well received.
Expect the 390 Duke in Bajaj’s Probiking showrooms early in 2013, attractively priced for India at close to Rs 200,000.
More pictures here