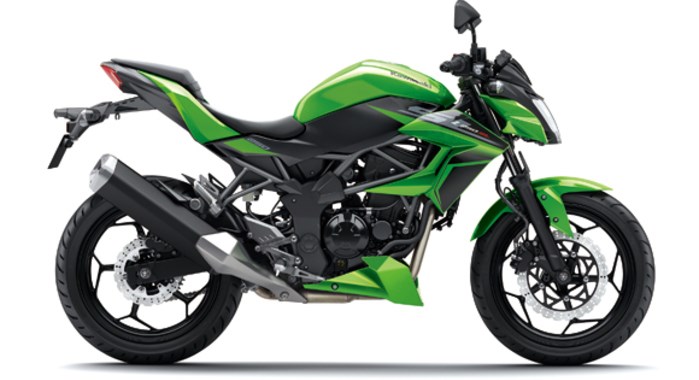 The Z250SL is powered by a single-cylinder 249cc, four-stroke, liquid-cooled engine; Kawasaki may use locally sourced components.

The Z250SL is 20kg lighter than the Z250, thanks to the use of high tensile steel for its trellis frame. The models weighs 148kg for the non-ABS model, while the ABS-equipped model weighs 150kg.

A source close to the development told our sister publication Autocar Professional, “Components such as handlebars, clutch plates, front and rear suspensions, wheels, tyres, head- and tail-lamps, electrical switches, switch housings, radiator fans and other similar parts may be locally sourced for the Z250SL. The engine and its parts are, on the other hand, imported from Thailand. Kawasaki is working on localising this model to keep costs low and is sharing the part vendors of Bajaj Auto. Also, the single-cylinder engine will ensure that this model (Z250SL) would be the most affordable model from Kawasaki ever.”

However, deputy MD of India Kawasaki Motors, Shigeto Nishikawa, in an official communication to our sister publication, refused to make any comments about the upcoming new model.

The Z250SL is expected to be launched by end-2015, with a cost likely to be hovering around the Rs 2 lakh mark. Once launched, the motorcycle will compete against the likes of the single-cylinder 199.5cc, 25bhp KTM Duke 200, the single-cylinder 249cc, 26bhp Honda CBR250R and other models in the entry- level performance bike segment.

Kawasaki stated that it has no plans to discontinue the Z250.