Transport ministry kicks off campaign which will lay emphasis on causes of road accidents and increase awareness through promotional activities. 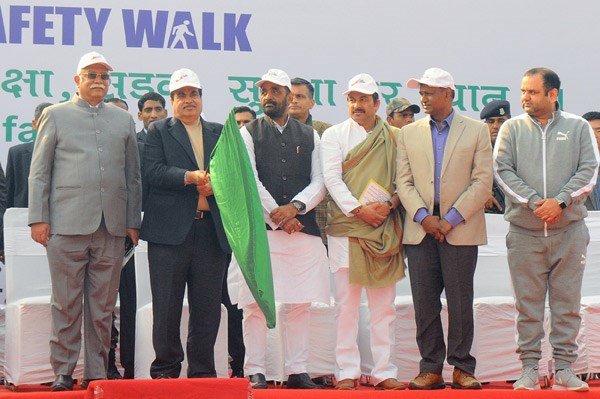 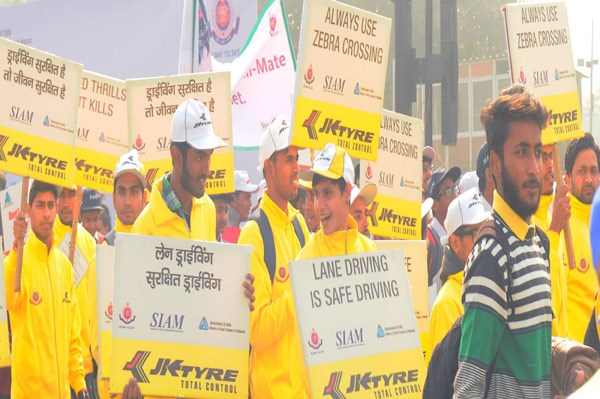 In an effort to create awareness among the motorists and the general public about the high incidents of road accidents in the country, the Ministry of Road Transport & Highways has kicked off the Road Safety Week today, January 9, 2017.

The government aims to prevent and control road accidents and reduce instances of over speeding, drunk driving, helmetless driving and not wearing seatbelts, through various promotional activities. The activities include usage of safety posters, banners, safety films, and so forth.

As a part of the programme, the ministry, in association with auto industry body Society of Indian Automobile Manufacturers (SIAM) and Delhi Police organised the ‘Walk for Safety’ – from India Gate to Shastri Bhawan – to initiate the ‘Road Safety Week’ earlier today in the capital.

In fact, there was a 4.6 percent increase in the incidents of road accidents in 2016 than the previous year, according to Nitin Gadkari, Minister of Roads, Transport, Highways and Shipping. Every year, five lakh accidents take place on Indian roads. The government is working on road engineering, road signage, creating safe barriers and building cement concrete roads to improve road safety, he added. However, the Motor Vehicles (Amendment) Bill with its far-reaching provisions which can help drastically improve road safety in India is yet to be passed in the Parliament. The bill levies far steeper penalties in case of traffic violations to crack the whip on errant motorists.

In fact, Coalition for Road Safety, a group of road safety NGOs and affected families from across India have appealed to the government to fulfill its promise of safer roads by passing the Bill in the upcoming budget session of the parliament.

The ministry is also launching two mobile applications called, E-challan and M-parivahan as a digital solution for traffic rule enforcement. While the former enables the traffic police to issue digital challans, the latter permits motorists to replace the existing physical documents such as driving license and registration certificate with digital copies and access them via the app.

Meanwhile, automakers have stepped up with road safety initiatives and similar programmes. Renault India announced it will have road safety awareness campaigns during the week at all its dealerships across the country.

The campaign will delve into the need and essence of road safety rules, including traffic lights, speed limits, pedestrian rules, wearing seat belts while driving the car, according to the carmaker. Other activities include drivers’ education programme and increasing road safety awareness among school children through various training workshops and modules, it added.

Hyundai announced that it is conducting road safety awareness camps across all its service networks in India under its ‘Safe Move’ campaign. Last year, the Korean carmaker launched a series of short films on certain key causes of road accidents such as drunken driving, over speeding, usage of cell-phone while driving and not wearing a seatbelt under the road safety campaign. Additionally, customers can avail free 20-point safety checkup of their cars, free top wash and 5 percent discount on safety related parts and labour from Jan 11-17, 2017, according to the carmaker.

Mahindra & Mahindra has undertaken a road safety awareness campaign for dealers as well as a driver education program through dealer workshops. In addition, the company said that it is also creating awareness drives through tie ups with local RTOs and rallies by school children.

Rubber and tyre major Bridgestone has launched a nation-wide tyre safety check-up camp in association with Tata Consultancy Services between January 17–27, 2017 at 58 TCS facilities across India to educate citizens on the importance of tyre maintenance and road safety. At the camp, Bridgestone’s will conduct free tyre check-ups and create awareness on appropriate tyre maintenance among all the participants, according to a company statement.