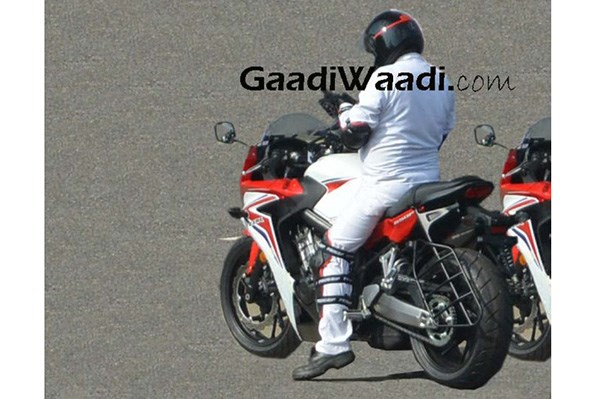 Honda has organised an event across 8 cities in India to launch new motorcycles.

Honda Motorcycle and Scooter India, on August 4, will host the 'Revfest', which is essentially an event to launch its new motorcycles including the CBR 650F, among others. The event will be held across eight cities in India – Delhi, Mumbai, Kolkata, Hyderabad, Bangalore, Chennai, Indore and Ahmedabad. As mentioned on hondarevfest.com, the bike maker will organise contests for those interested in participating in the event and, on the day of the event, there will be various artists performing at the individual venues to keep the crowds entertained.

One of the models expected to be launched through the event will be the hotly anticipated Honda CBR 650F.The bike was recently spied testing and this time, we had the opportunity of taking a good look at its braking system up front. The bike’s front disc brake is not equipped with the ABS brake sensor ring which means Honda may probably offer its CBR 650R without ABS brakes as an optional safety system, and one that will also reduce its cost by a considerable margin.

Honda’s CBR 650F is powered by a 649cc, four-stroke, four-cylinder DOHC engine that produces 87bhp at 11,000rpm and peak torque of 6.4kgm at 8,000rpm. This engine is mated to a six-speed transmission, shifting gears in the 1-down and 5-up pattern. The unit will be tuned to deliver power immediately, right from the beginning of its powerband, to aid hassle-free riding on Indian conditions.
More on the Honda CBR 650F as we get more information.