Buyers have used both a dedicated app and dealerships to book their Navi, priced at Rs 39,500 (ex-showroom, Delhi). 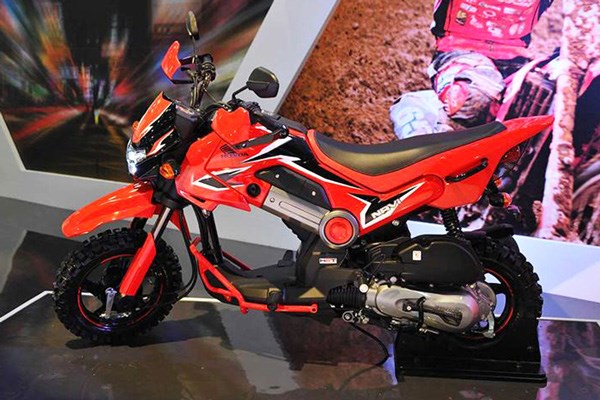 Honda Motorcycle and Scooter India (HMSI) has announced that its new Navi has notched up a good number of bookings already, since its reveal at the Auto Expo in February. Company sources specified that bookings were received through both a dedicated app on Android and dealerships. Deliveries are slated to commence from April 2016 while showrooms are also set to get the new bike models around the same time.

Being manufactured only in India for the Indian market, the Navi kicks off a new category in the two-wheeler segment and is priced at Rs 39,500 (ex-showroom Delhi), one of the lowest-priced HMSI products. Positioned as a hybrid between a scooter and a motorcycle to cater to the urban youth, the two-wheeler is being produced at the two-wheeler manufacturer's Tapukara facility in Rajasthan with volumes to be flexed, based on demand. Subsequently, the company will explore manufacturing the Navi in the company’s new scooters-only plant at Vithalpur in Gujarat, its fourth facility in India. The Navi is meant to bridge the gap in Honda’s line-up where such a low-cost, crossover product was absent.

The Navi was displayed at the Auto Expo as different concepts – the Navi Street, Navi Adventure and Navi off-roader which are set to roll out in phases. The new bike will be complemented with a bunch of accessories with the customer given the leeway to pick and choose and customise his/her vehicle. On offer are a varied range of accessories like orange-and-white side panels as well as other colours with graffiti. Additional parts will be added to the accessory list in the next quarter for which Honda is collating consumer preferences. Honda is also working on Navi II so that it can offer a brand new range of fun products on this platform to woo customers.