Ducati tops 2012 Race to the Clouds

The bike maker achieves the feat for the third consecutive year at the historic race in Colorado. 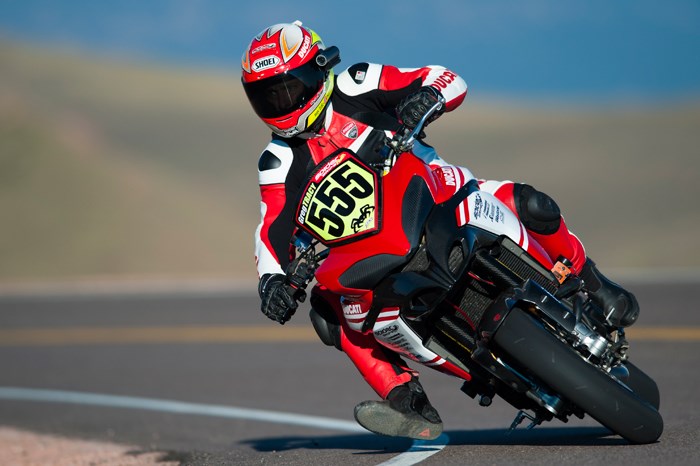 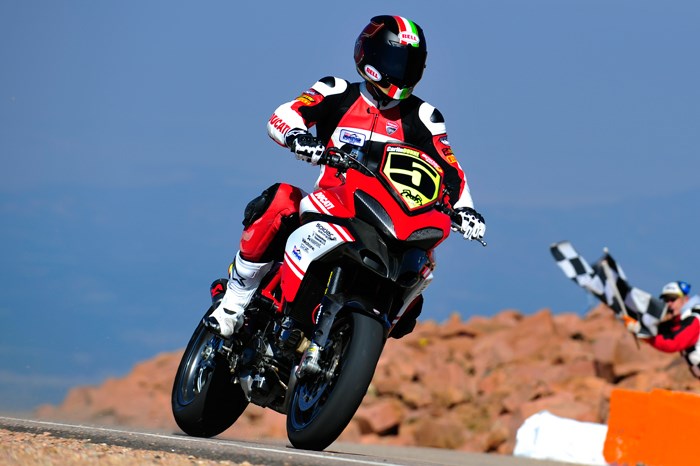 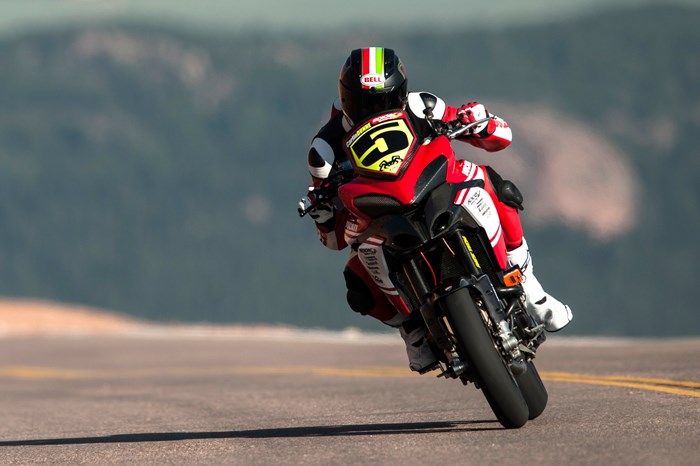 Marking its third consecutive win, the Ducati team won the 2012 edition of the gruesome Pikes Peak International Hill Climb. Rider Carlin Dunne along with the Spider Grips Ducati teammate Greg Tracy rode the iconic Ducati Multistrada 1200 S and both finished the race within 10 minutes. The achieved feat is a first for any motorcycle in the legendary race. Coming first, Dunne crossed the finish line with a record time of 9:52.819 minutes, while Tracy finished second in 9:58.262 minutes, and was just less than six seconds behind.

“The one-two finish proves the Ducati Multistrada 1200 S is the ultimate bike to conquer Pikes Peak.” said Dunne. The Pikes Peak International Hill Climb (PPIHC), also called the ‘Race to the Clouds’ is an annual automobile racing event wherein the participants ride up to the summit of the Pikes Peak in Colorado. The grueling track starts at an altitude of 9,389ft, climbing up to the summit; it finishes at a height of 14,100ft, roughly measures 20km and includes 156 turns. The stretch is considered to be a proving ground for manufacturers to examine the robustness of their vehicles.