BMW’s best and top-selling adventure touring motorcycle, the R 1200 GS, gets a raft of updates and is set for a 2013 launch. 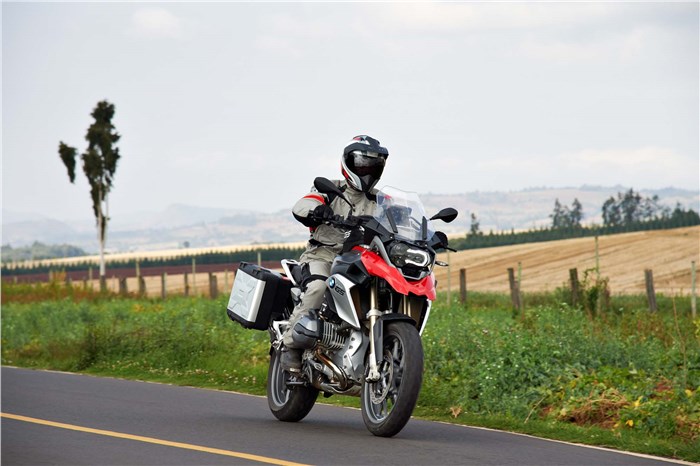 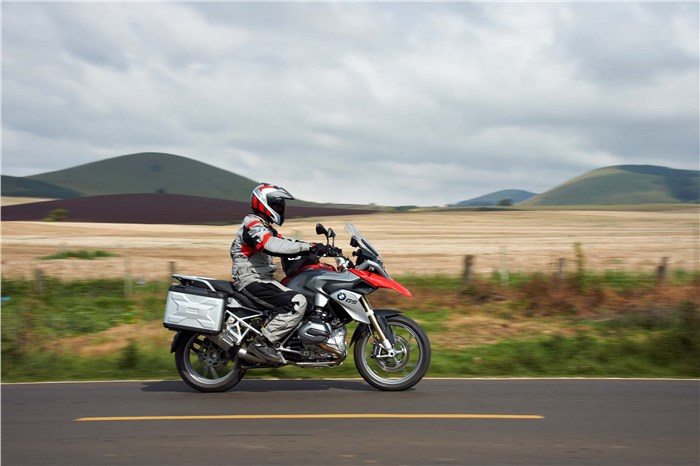 The GS will use a four-stroke, liquid-cooled, 1170cc opposed twin (Boxer) powerplant, which now puts out 125bhp at 7700rpm and 12.6kgm of torque at 6500rpm. The motorcycle will continue to be shaft driven, this mounted to the left of the motorcycle, which is opposite to the outgoing model. Coolant will be replaced by a glycol-water mixture for better heat dissipation on the new GS. Its cylinder intake ports have been re-routed, entering the cylinders from above instead of behind, while the exhaust pipes also have new routing. The ‘Big GS’ uses a six-speed transmission, now with a wet clutch. The new GS will come with five new riding modes - Rain, Road, Dynamic, Enduro and Enduro Pro.

The go-anywhere GS also gets a host of electronic rider assist, including a semi-active suspension system BMW are calling Electronic Suspension Adjust (ESA), and ABS brakes are standard as with all new BMW bikes.

The front brake calipers come with radial mounts, while a larger disc rotor is used at the rear. BMW have also worked to improve handling, with a completely new tubular steel frame used now, mated to a longer swing arm.

The new R 1200 GS will be available in white, red, blue and metallic grey. Expect the new model to come our way by 2013, with pricing to be announced. Watch this space.