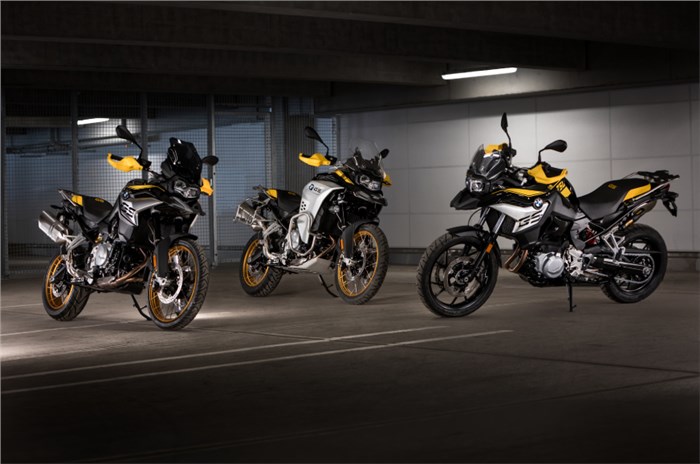 The new black and yellow livery commemorates 40 years of the revered GS moniker.

BMW Motorrad has revealed a new graphic scheme for the F 750 GS, F 850 GS and F 850 GS Adventure, called the '40 Years of GS Edition'. The colour scheme is a black and yellow livery to mark 40 years of the revered GS moniker.

Apart from the colour scheme, the '40 Years of GS Edition' motorcycles will feature LED indicators and a USB charging port as standard equipment. The bikes will also come equipped with ABS Pro and DTC (Dynamic Traction Control) as standard. Additionally, the F 850 GS now also comes with an adjustable screen and high-level GPS mount, as well as a TFT dash.

The bike is scheduled to reach dealerships abroad in September and we don’t see a reason why the manufacturer will not make them available here. Pricing is yet to be announced, but we expect it cost slightly more than the standard bikes.